One of the spectacular design features o f the Fantasy and her sisters is a s i x - d e c k atrium.

T h e Grand Spectrum was conc e i v e d by Miami architect Joe F a r c u s , who was involved in the design of the interiors of Carnival's first three Superliners, the Holiday, Jubilee and Celebration. On the Fantasy, Mr. F a r c u s has created an a t r i um which rises six full decks, crowned by a skylight.

"No ship has ever had a space of such extraordinary proportion opening to the sky, giving passengers a breathtaking view as well as access to the major facilities aboard," said Mr. Farcus.

The Fantasy and her two sister cruise vessels under construction at Wartsila Marine will each feature 2 x 14 MW Cyclo propulsion drives, 6.6 kv switchboards, four 10.3 MVA main and two 6.8 MVA auxiliary generators, plus six thruster motors and the main transformers, all engineered and supplied by ABB Marine of Helsinki. Six Wartsila-Sulzer diesel engines with a total of more than 57,000 bhp are the prime movers of the diesel-electric propulsion system.

The inaugural voyage of the Fantasy is scheduled for December 11, 1989. She will depart from Miami for a four-day cruise to Freeport and Nassau. The Fantasy will assume the Carnivale's itinerary offering Friday and Monday departures from the Port of Miami year round.

"All of our new ships introduced in recent years have gone into seven- day service. We thought it was time for a Superliner in the threeand four-day market," said Bob Dickinson, senior vice president of sales and marketing.

Cabins aboard the Fantasy and her sisters will be among the largest afloat among the cruise industry's new generation of mega-ton ships, according to CCL.

"There has been concern expressed among agents that with some of the new large capacity cruise ships, cabins seem to be getting smaller in order to accommodate more passengers," said Mr.

Dickinson. "At Carnival, however, we are continuing our policy of providing the largest, most spacious cabins available in the contemporary segment of the industry. Our cabins are typically 40-50 percent larger than those of other new ships which have entered the Miami market." The Fantasy is scheduled to be delivered in October 1989. 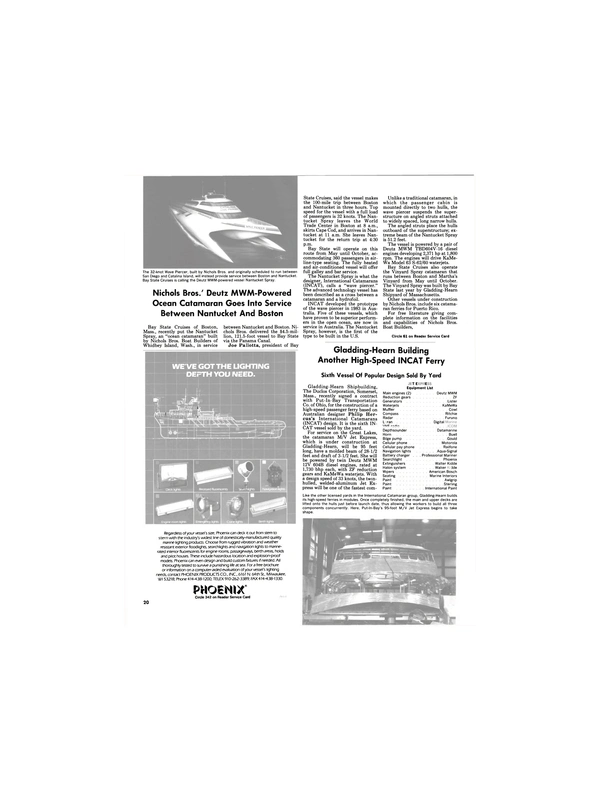