According to Avondale chairman and chief executive officer Albert L Bossier Jr., with the inclusion of the latest award, the firm has been contracted to build a total of 16 T-AOs since 1982, amounting to $1.9-billion in work.

Avondale Industries, Inc., headquartered in metro New Orleans, is one of the nation's leading marine fabricators and its Shipyards Division has just completed its 51st year in business. In addition to its shipbuilding operations, the company specializes in boat and Landing Craft, Air Cushion vehicle (LCAC) construction, and is a major repair contractor for commercial and Navy ships. For free literature detailing the yard's services, Circle 83 on Reader Service Card 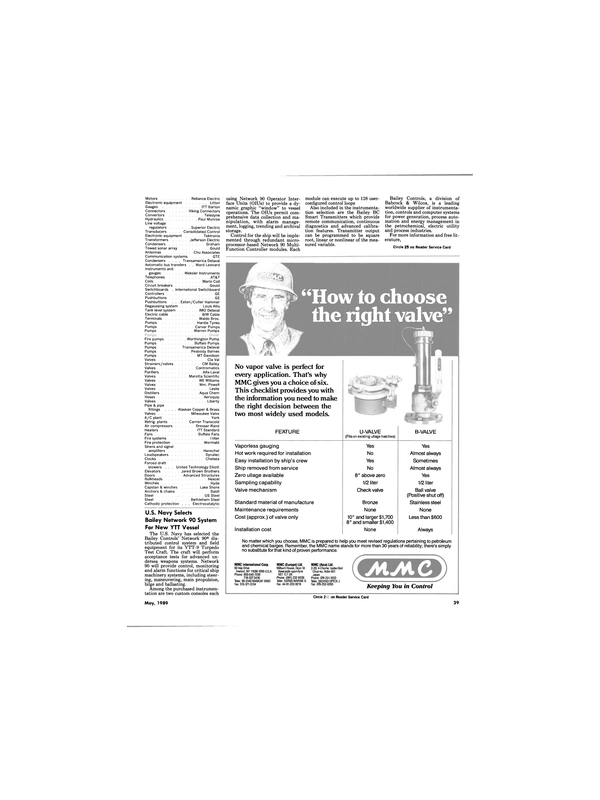