Called the American Skimmer, the hover ferry has an overall length of 51 feet, beam of 20 feet and draft on cushion of 2 feet 10-1/2 inches.

The unique boat accommodates passengers in comfortable airlinestyle seating in its spacious 22-foot by 16-foot carpeted cabin. Color TV, VCR and stereo are also offered on board during the 55-minute commute.

Use of quiet marine diesels and water screws also add to passenger comfort.

At present, the American Skimmer departs once per day from Glen Cove Marina at 7:30 a.m., arriving at Pier 11 in Manhattan at 8:25 a.m.

According to Nancy Sutherland, operations manager for American Skimmer, Massapequa Park, N.Y., the service has been very successful and she anticipates the addition of other scheduled runs.

American Skimmer owner Shashi Tejpau said that the company is presently in the process of negotiations to obtain a second vessel similar to the American Skimmer.

Mr. Tejpau said the second vessel may be large enough to carry as many as 150 passengers. He expects to have a second vessel operating as early as this summer.

The GRP-hulled American Skimmer, which can reach speeds as high as 35 knots, rides on a cushion of air contained fore and aft by flexible skirts and along her sides by narrow rigid keels, or sidewalls, which always remain in contact with the water. These twin sidewalls provide high resistance to side slippage in crosswinds and when turning, thus positive directional control is maintained in all conditions at all speeds.

Little wash is created by the vessel even at maximum speed.

Because of her twin rudders, the boat has excellent maneuverability and a tight turning circle, which is important when operating in congested waterways and harbors. 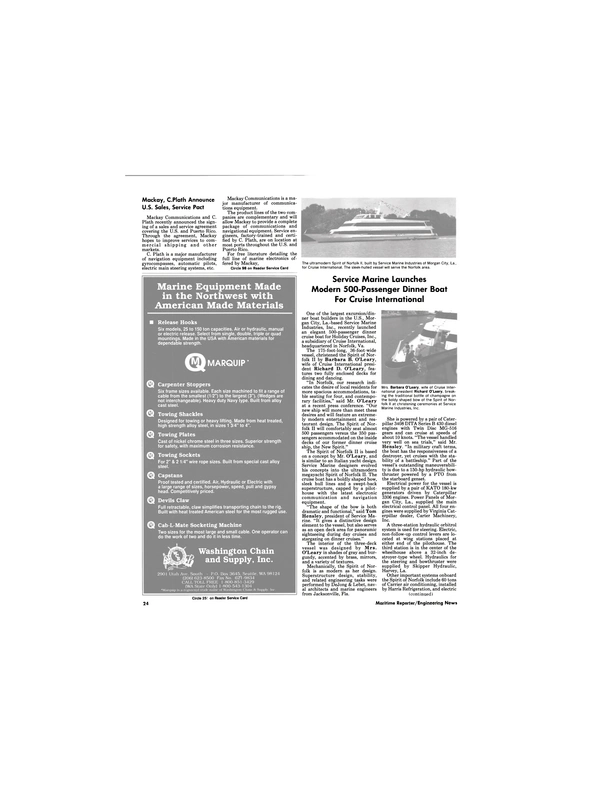 Read Fast SES Ferry Used In New Commuter Service Between L.I. And Manhattan in Pdf, Flash or Html5 edition of May 1989 Maritime Reporter