Ingalls Shipbuilding, Inc., Pasca- goula, Miss., is preparing to deliver the lead vessel of the new amphi- bious assault ship class, the USS Wasp (LHD-1), for delivery to the U.S. Navy. The Navy expects to take delivery of the Wasp shortly, and commission her into the fleet July 29 in Norfolk, Va.

The 40,500-ton amphibious assault ship will have the primary mission of embarkation, deployment, landing and support of a Marine landing force. The Wasp is 844 feet long, with a beam of 106 feet. Two Westinghouse steam propulsion plants, developing a combined 70,000 horsepower, will drive the ship at speeds of more than 20 knots.

In carrying out this mission, the LHD-1 will mount an assault force of helicopters, landing craft, and other amphibious vehicles in various combinations. The Wasp and her sister vessels to follow are specifically designed to accommodate the air cushion landing craft (LCAC), which are presently under construction at Textron Marine Systems, New Orleans, La., and Avondale Gulfport Marine, Gulfport, Miss., and Harrier II (AV-8B) STO/VL (Short Takeoff/Vertical Landing) jets, which will provide close-in air support of the assault force. The ship will also carry a full range of Navy and Marine Corps helicopters, conventional landing craft and amphibious vehicles.

Accommodations for nearly 3,000 troops and crew members (98 officers and 983 enlisted men) are provided in the ship's living areas. The Wasp is also fitted with six fully equipped operating rooms and a 600-bed hospital. 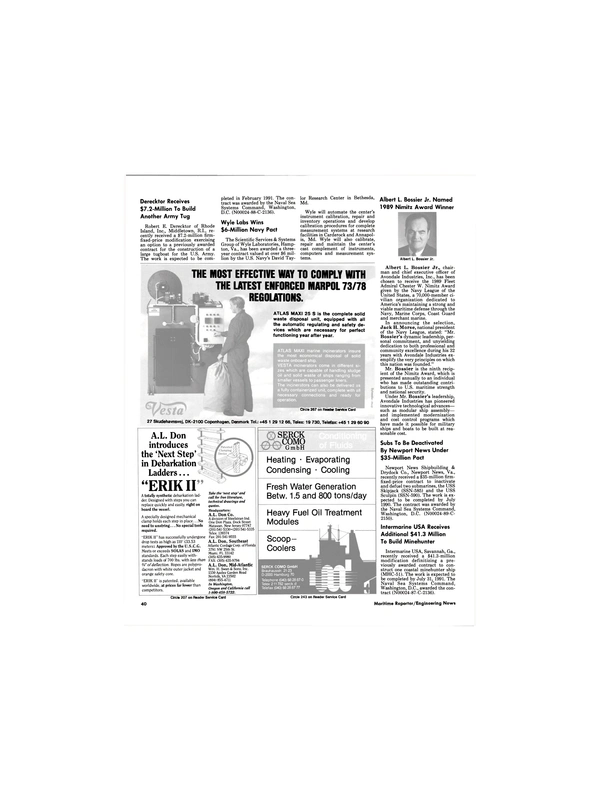