Mayor Edward I. Koch recently announced that the City of New York will contract with Avondale Industries, Inc. of New Orleans, La., for the construction, delivery and mooring of an 800-bed floating correction facility by June 1990. The cost for the floating jail net of the site is $125,639,285. At the City's request, Avondale submitted a bid to complete mooring and pier work at a Bronx site for an additional $4,843,320. The final site has not yet been decided, but will likely be at one of two under consideration in the Bronx.

The Avondale proposal, already fully designed and ready to begin construction, calls for a detention facility 625 feet long and 125 feet wide, five stories high, supported on a floating foundation. It will be a fully self-contained adult detention institution, with 700 beds in 50-man dormitories and 100 single cells. The facility will utilize all-steel ship type construction. There will be four gangways connecting to the mainland.

The project design team includes David Elliott Leibowitz/Gonchor and Sput, associated architects, both of whom have previously designed jails for the NYC Department of Correction, and M. Rosenblatt and Son, Inc., associated naval architects, who will prepare naval construction drawings and help to ensure that the facility will receive the approval of the U.S. Coast Guard, which will regulate its occupancy.

Avondale Industries is 70 percent owned by its employees through an Employee Stock Ownership Plan (ESOP); the remaining 40 percent of the stock is traded over the counter.

Avondale has been a successful shipyard for 50 years, engaged in the design and construction of naval ships, commercial vessels, offshore oil rigs and other marine projects. It currently has eight ships under construction for the U.S. Navy. The firm has pioneered the concept of modular floating-facility construction and has several such facilities, including a 192-megawatt hydroelectric plant nearing completion for the town of Vidalia, La.

For more information and free literature giving full details on the facilities and capabilities of Avondale Industries, Circle 15 on Reader Service Card 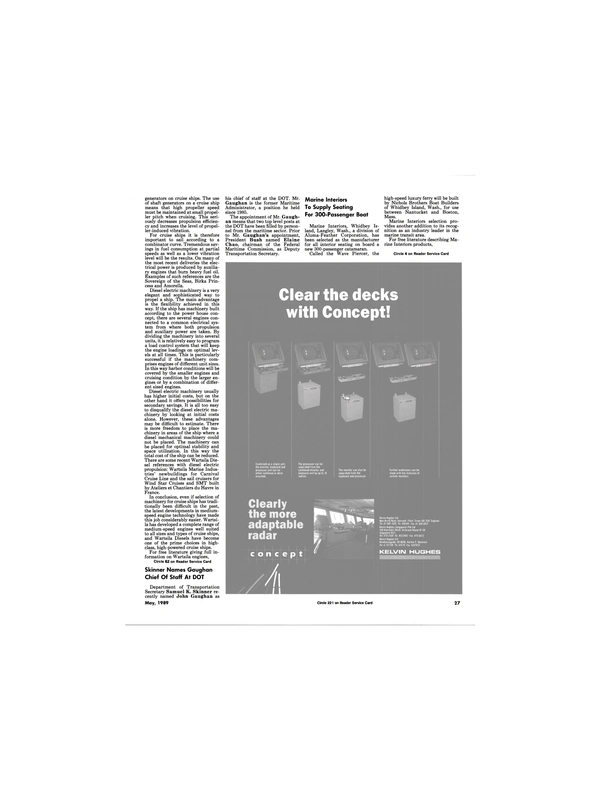