Allison and Bath have an agreement for the generator sets for the follow ships.

The shipment to BIW follows the successful completion of qualification tests on the generator set. One of the most stringent, the shock test, was passed in June 1988.

The generator set was subjected to 60 pound dynamite charges at four different ranges during float barge testing in an abandoned Virginia quarry. "There was no damage at all. No rework or redesign was necessary. That's very unusual for this type of equipment," said A1 Wells, manager of marine sales at Allison.

The generator set incorporates a redesigned Allison engine capable of producing up to 3,000 kilowatts of electrical power on a 100-degree day with 12 percent improved fuel economy.

The AG9130 generator sets are powered by Allison 501-K34 engines, a marine deriative of the U.S.

Allison Gas Turbine is division of General Motors and is based in Indianapolis, Ind. 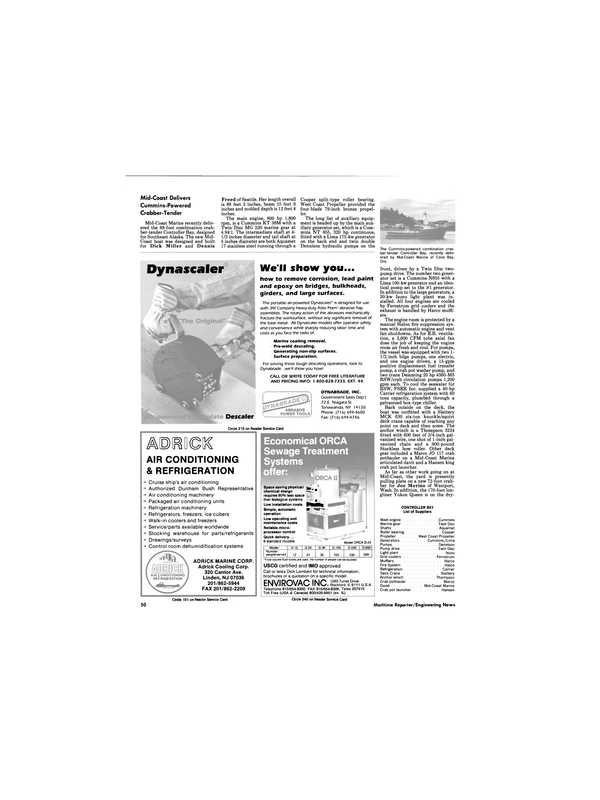