MAN B&W Increases Market Share In Two-Stroke Engine Sector Diesel engine manufacturers MAN B&W Diesel AG, Augsburg, West Germany, a subsidiary of MAN Aktiengesellschaft, Munich, and Sulzer Brothers, Ltd., Winterthur, Switzerland, have agreed that Sulzer business activities in the diesel sector will be transferred to MAN B&W. For this purpose, a new company will form around Sulzer's diesel activities, which will subsequently be taken over by MAN.

The merger creates a corporate group with an approximate turnover of DM1.3 billion (about $694.5 million), of which 70 percent is generated by the present MAN B&W Diesel companies and 30 percent from the current Sulzer diesel sector.

The group will manufacture marine diesel and stationary engines, while generating revenue through synergies in the development and service sectors.

The merger is subject to the approval by the antitrust commissions, whose decision is expected sometime in mid-1989.

According to a recent report by Lloyd's Ship Manager, MAN B&W crosshead range had a 50.6 percent or 1.646-million bhp share of all low-speed machinery on ships completed in 1988.

In other news, MAN B&W Diesel announced it had strengthened its market share in 1988 to almost 53 percent on a bhp-installed basis in the two-stroke engine market. According to published statistics covering low-speed engine installations in merchant vessels of 2,000 dwt and up commissioned worldwide, 165 MAN B&W Diesel engines aggregating around 2.3-million bhp accounted for 53 percent of the market share.

The large market share enjoyed by MAN B&W reflects the popularity of the company's MC two-stroke engine series. The MC series covers a large power band, from just under 1,000 bhp to over 67,000 bhp. The company reports that to date, 1,370 engines are in service or on order, with an aggregate output of 17.9 million bhp. MAN B&W points to the economic merits of the progressively refined design of the MC series as one reason for its strong market position. The engines can be found installed in vessels ranging from large fishing trawlers to new generation VLCCs and fast containerships.

The MC two-stroke engine series along with MAN B&W Diesel's other engines are detailed in company brochures and literature. For your free copies, Circle 79 on Reader Service Card 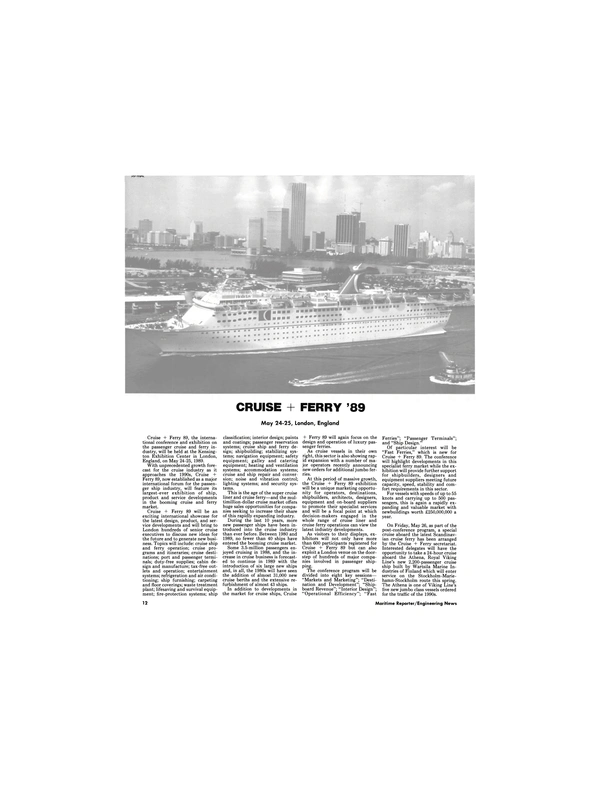