Mitchell has been promoted to marketing manager, North America, with responsibilities for marketing all marine products in the U.S. and Canada. Formerly North American sales manager based in Seattle, Wash., Mr. Mitchell has relocated to Raytheon's headquarters in Hudson, N.H. He replaces Carsten Peters, who has been appointed managing director of European operations, based in Copenhagen, Denmark.

Mr. Mitchell has 23 years of marine electronics sales and engineering experience. He joined Raytheon in 1966, and has served in marketing and management positions in Raytheon's Tampa, New York, and Manchester offices prior to assuming his most recent position in Seattle.

Raytheon produces and distributes one of the most complete lines of advanced navigation and commuinication equipment available for vessels of all kinds. Among these products are radar and bridge inte- gration systems, fishfinders, radiotelephones, GPS, Loran, SatNav, SatCom, autopilots, gyrocompasses, plotters, weather facsimile receiver/ recorders, and more. 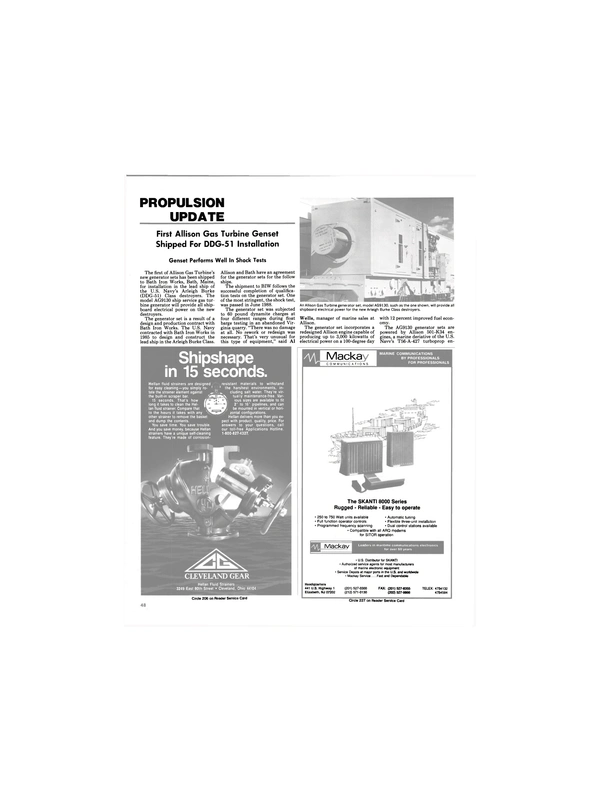