The Canaveral Port Authority Board of Commissioners recently approved and offered a proposal to World City Corporation for the Florida port to homeport the luxury cruise ship Phoenix World City.

The proposal also provides for the leasing of port property to the World City Corporation for development of a large complementary resort, business, and convention complex. The offer is firm until September 30, 1989.

The World City Corporation is planning to build the Phoenix World City, which would be the largest cruise ship ever constructed.

Scheduled for a final construction contract this year, the ship would be built by a consortium of four major West German shipbuilders—Howaldtswerke Deutsche Werke AG (HDW), Bremer Vulkan AG, Blohm & Voss AG and Thyssen Nordseewerke— at a cost estimated to be over $1 billion. Operation of the ship is scheduled to commence in 1993.

Described as a "city of tomorrow," the Phoenix World City is distinguished by three hotel towers rising above her main deck. The ship will feature an unprecedented array of facilities including spacious staterooms— most with balconies or panoramic windows, broad streets and village squares lined with shops and restaurants, theaters, cinemas, libraries, museums, university campus, television broadcast center, health and fitness complex, convention hall, banquet and meeting rooms, casino, and an internal marina.

The Canaveral Port Authority resolution offers development rights to 95 acres of land within the port to the World City Corporation, and gives them the option on the land until September 30, 1989.

Support facilities proposed in the 95 acres to complement the ship include several hotels, recreational, entertainment and retail area, a festive retail marketplace, a world trade center, and an office, meeting, and convention complex.

The board approved the proposal subject to the port authority obtaining acceptable financing. A member of the port's auditing firm addressed the question of whether the proposal would generate enough revenue to justify full coverage by a bond issue. Charles Rowland, executive director of the Canaveral Port Authority, commented that the port expects to have two or three additional cruise ships homeported at Canaveral by mid-1993, and this would produce an extra $3 million to $4 million in revenue which would well cover the issue.

Mac McLouth, port authority chairman, said, "The economic impact on our area for these two projects (homeporting of the Phoenix and the accompanying complex) would be over $500 million per year and would add at least 1,500 jobs to the port." The World City Corporation is expected to select a homeport site this summer. 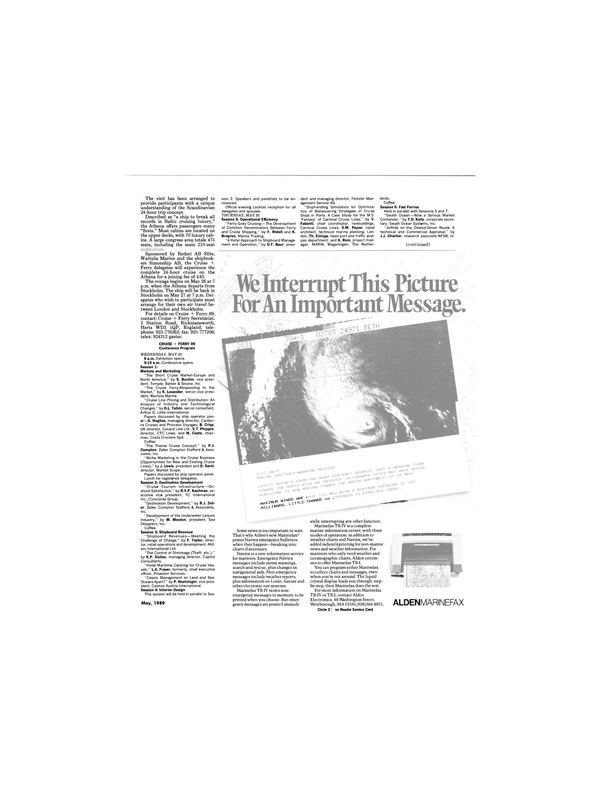