The National Association of Passenger Vessel Owners (NAPVO), which represents the interests of more than 360 passenger vessel companies, recently announced that it intends to thoroughly review and provide comments to the Coast Guard on the recently proposed revision to "Subchapter T," the federal regulations concerning the small passenger vessel industry.

Released earlier this year, the proposed rules contain sweeping changes to the way that boats shall be constructed and operated. The Coast Guard has been working on the revisions for more than three years and is now seeking public comment on the proposal before moving to implement them.

NAPVO president Coe Sherrard commented, "We are examining the proposed regulations carefully to determine what their full impact on the industry will be. We fully support the need to update a set of regulations written 30 years ago, however, we want to be sure that the rules represent the best of current technology and operating procedure. This industry has a stellar safety record. We see little need to stiffen safety requirements, without a documented need to do so." The NAPVO Public Policy Committee met in Washington recently to develop a draft position paper and plan a strategy for public response.

"We are seeking to fully involve all aspects of the industry in providing comments to the Coast Guard," said public policy committee chairman Alan Bernstein.

"All NAPVO members are being encouraged to read subchapter T and provide written comments to the committee. These comments will then be incorporated into our position paper. Additionally, we will actively encourage our members to participate in the public hearings and to send comments to the Coast Guard." he said.

The small passenger vessel regulations were originally written in the late 1950s in response to several accidents resulting in the loss of life.

Developed originally for vessels carrying relatively small passenger capacities, they have not kept up with new building standards and methods of operation. The average vessel capacity has increased greatly, outstripping the applicability of the current rules. Among major provisions in the new rules are a requirement that vessels operating in cold waters will have to carry inflatable buoyant apparatus, tougher construction standards, and new operating procedures. 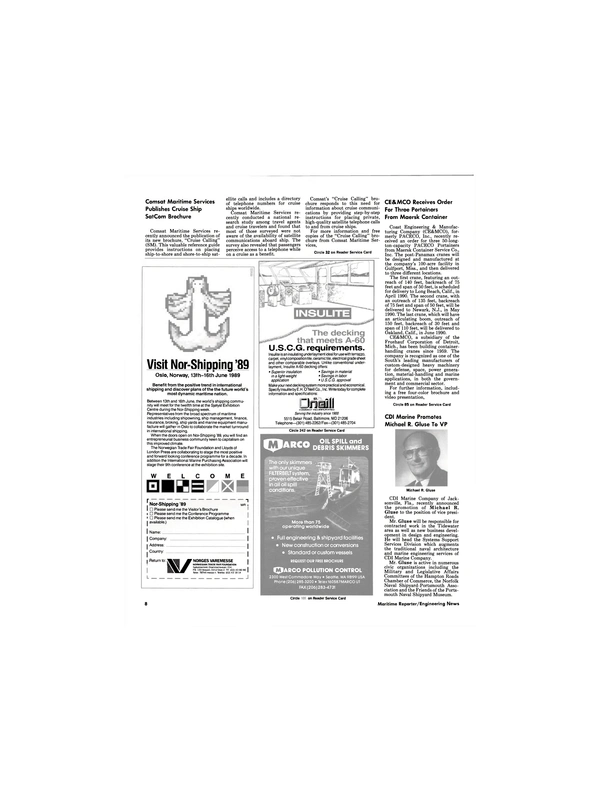