Navy at ceremonies in Bath, Maine.

C., was the principal speaker at the ceremony. Lucy Mustin, wife of Vice Admiral Henry C. Mustin, U.S. Navy (Ret.), was the sponsor of the ship.

The USS Cowpens is a Ticonderoga Class (CG-47) cruiser built to provide the primary antiair warfare protection for the Navy's battle forces. Equipped with the Aegis combat system, the ship will be able to operate in all warfare mission areas to detect, track and destroy enemy aircraft, missiles, submarines and surface ships. The Aegis system, comprising radars, computers and weapons, is designed to function effectively in all weather and hostile countermeasure environments.

The USS Cowpens is 567 feet in length, has a 55-foot beam and will displace approximately 9,600 tons upon completion. Four GE gas turbine engines will enable the ship to reach speeds in excess of 30 knots. 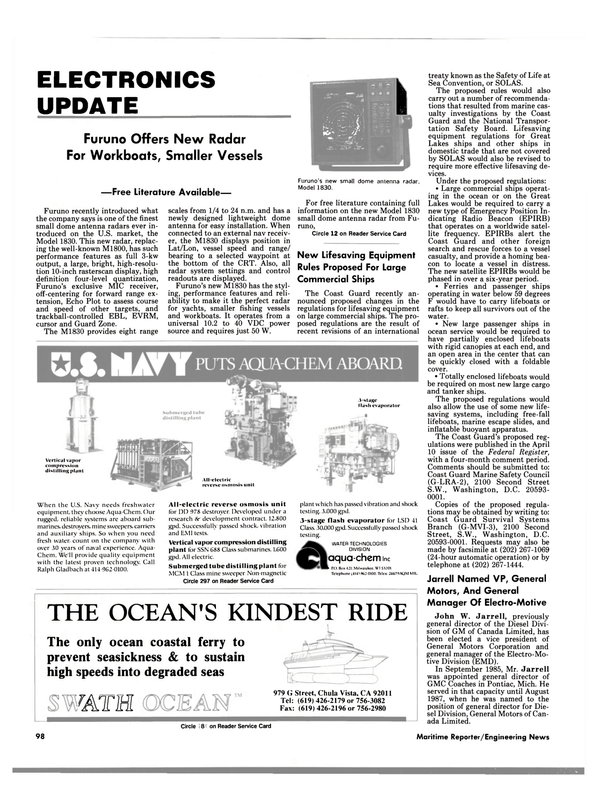