SeaArk Marine, Inc. of Monticello, Ark., has announced two new members of the company's management staff, according to Robert Trammel, president of SeaArk.

James F. Mullen will assume the position of engineering manager.

Eddie C. Fisher Jr. will join the staff as chief estimator. His responsibilities will include all estimating and bidding activities, and the tracking of jobs through the construction process.

Mr. Fisher was formerly the owner of Fisher's Marine Brokers of Marrero, La., a marine brokerage firm, and the owner and president of Quality Fabricators, Inc. of Lafitte, La., an aluminum boatbuilding and repair facility. He has worked as the engineering department manager of Camcraft, Inc. of Crown Point, La., and technical section chief and engineering manager of Dynamic Shipbuilders, Inc. of Crown Point. 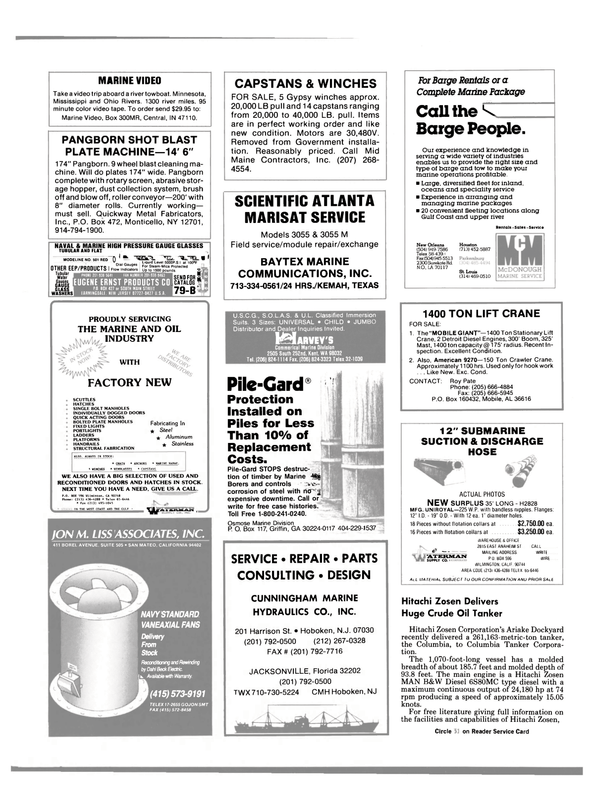