U.K.'s Kelvin Hughes To Get Queen's Award For Export Achievement

The U.K.'s Kelvin Hughes, markers of maritime navigation aids and equipment since 1750, will receive the Queen's Award for Export Achievement. The award, given for a significant increase in sales of ships' navigational radar abroad, comes as the company has announced its new and revolutionary river radar system, the RSR 100, designed specifically for vessels that ply busy rivers and congested waterways.

Kelvin Hughes' long association with merchant marine and naval establishments worldwide embraces all aspects of marine navigation from charts and chart table instruments to compasses, sophisticated echo sounding and other sonar equipment, as well as radar.

The company has been sole supplier of navigational radar to the British Royal Navy for many years, and an increasing amount of business is now being conducted with a number of overseas navies. "It is this developing export business that has brought us the coveted Queen's Award," says Ron Harman, managing director. "I am delighted that the company has won recognition in this way. It is a great achievement for everyone concerned, and reflects the quality and performance of Kelvin Hughes' navigational radar equipment." The award is one of two achieved by Smiths Industries pic companies.

The second goes to Portex, makers of single use, sterile surgical and medical products, and part of Smiths Industries Medical Systems Group of companies. 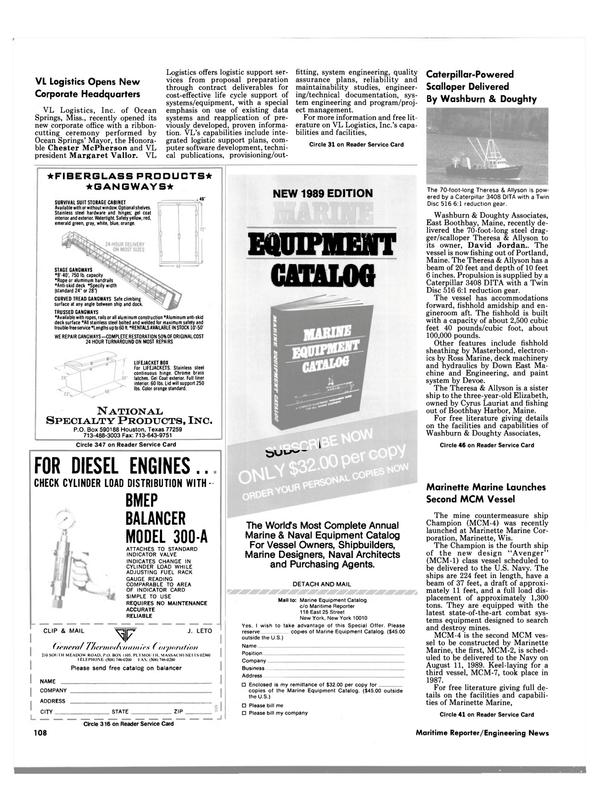