"By halting the discharge of plastic waste from ships, we are taking a major step to protect the world's marine environment," said Secretary of Transportation Samuel K.

Skinner recently in announcing an interim final rule that prohibits the dumping of plastics, including synthetic fishing nets and other shipgenerated garbage at sea.

The interim final rule, issued by the Coast Guard, implements Annex V of the International Convention for the Prevention of Pollution from Ships, known as MARPOL 73/ 78. The interim rule incorporates many of the comments and suggestions filed in response to earlier proposals.

The regulations apply to U.S.-flag vessels anywhere in the world and foreign-flag vessels in U.S. waters out to the 200 mile limit of the Exclusive Economic Zone.

Vessels covered by these regulations include commercial, recreational and fishing vessels of any size and type.

In addition to prohibiting the disposal of plastic refuse, the regula tion restricts the dumping of other ship-generated garbage at sea and requires U.S. ports and terminals, including recreational marinas, to provide adequate facilities for receiving garbage. The interim final rule became effective May 30, 1989, with one exception. Those ports and terminals that receive garbage from foreign countries have until August 26, 1989 to provide disposal facilities that meet the standards of the Animal and Plant Health Inspection Services (APHIS) of the U.S.

The regulations provide for a civil penalty of up to $25,000 and criminal penalties of up to $50,000 and five years in jail for violations.

The Coast Guard invites comments on the interim rule. The comments will be considered in refining the final rule. Written comments will be accepted through December 31,1989, and should be sent to Commandant (G-LRA-2), U.S. Coast Guard Headquarters, Room 3600, 2100 Second Street, S.W., Washington, D.C. 20593-0001. 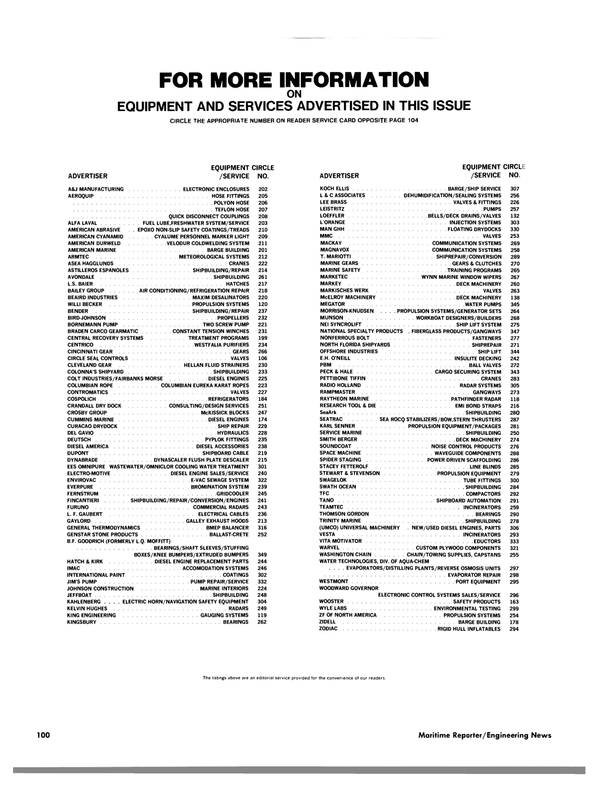