The vessel is to enter service in the second quarter of 1990 on Condor's cross-channel route between St. Malo, Jersey, Guernsey and Weymouth, currently being served by two 180-seat hydrofoils. The introduction of the wave-piercer should significantly improve weather reliability and ride quality .

The hulls of a wave-piercing catamaran are designed with minimal freeboard and reserve buoyancy so that they will tend to pierce waves in rough weather rather than ride up over them. This reduces vertical motions and gives a more comfortable ride.

The two main hulls are joined by a continuous bridging structure that incorporates a third hull forward on the centerline. This center hull is normally above the water but in extreme sea conditions it provides additional buoyancy, the underside and forward end being shaped to minimize shock loads should it enter the water.

Length overall will be approximately 161 feet with an overall beam of 60 feet and draft of 5 feet.

The wave-piercer will be the 10th INCAT ferry built by Aluminium Shipbuilders. During the past year, the company has launched seven 55.7-foot catamarans for Thames Line's service through central London and a 12-seat executive craft. It will also be the 10th wave-piercing catamaran to enter service; six smaller versions have already been delivered, and by next summer more than a dozen will be operating in Australia, New Zealand, the United Kingdom, the U.S., and Yugoslavia. 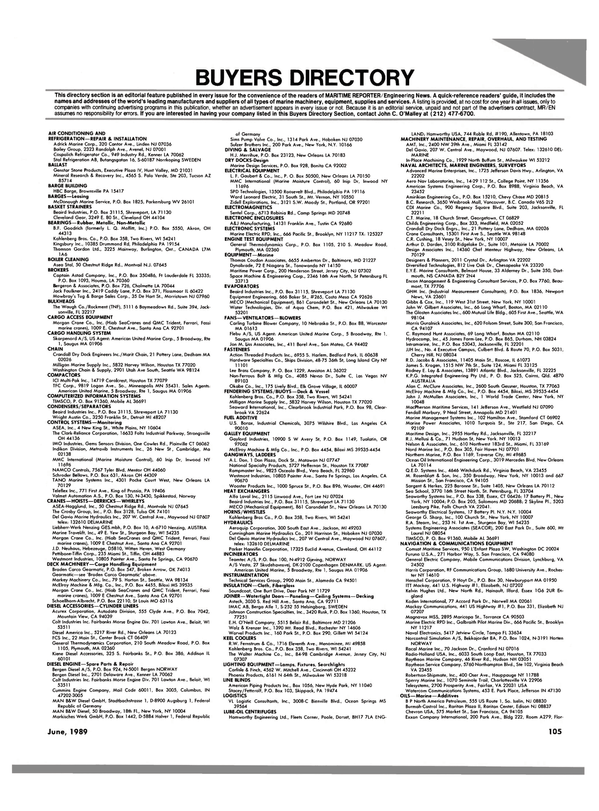