The American Waterways Shipyard Conference (AWSC) recently held its first membership meeting for 1989 in Tampa, Fla. At this meeting, the shipyard conference elected its officers for 1989.

The membership extensively discussed the current legislative initiative which redefines the term rebuild as contained in the Second Proviso of the Merchant Marine Act of 1920, more commonly referred to as the Jones Act. The membership voted to recommend to the AWO board of directors that the Association continue its efforts to enact legislation and to endorse the action to broaden the scope of the legislation to include all domestic trades—fishing, coastwise and Great Lakes— and not limit activities to the fishing industry.

Wayne LaGrange, Jeffboat, and Gasper D'Anna, Platzer Shipyard, Inc., briefed the members on the activities of the Shipyard Employment Standards Advisory Committee. This advisory committee was established by the Department of Labor to complete the effort to establish one set of streamlined safety and health regulations for the shipbuilding and repair industry.

The next full meeting was scheduled for June 22-23, in Denver, Colo.

The program for this meeting will concentrate on educating the membership on environmental issues facing the industry. 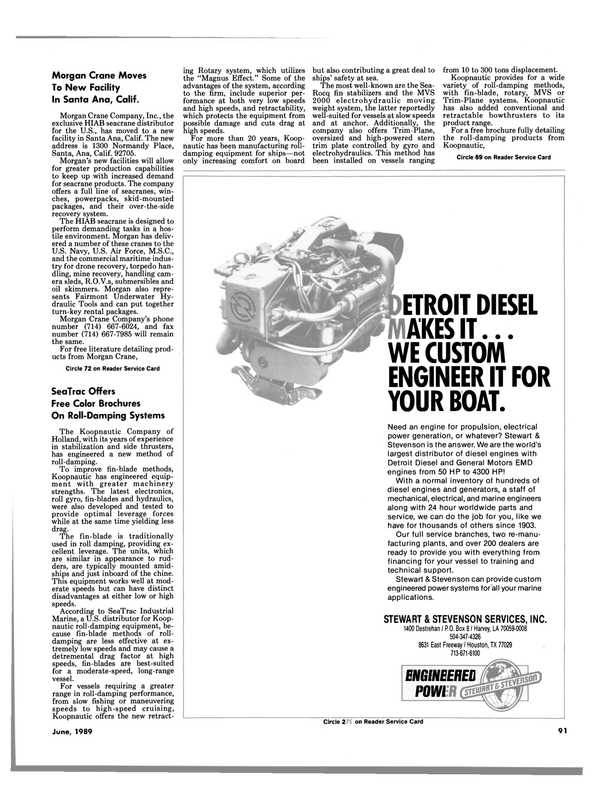