Dakar Marine at Dakar, Senegal, the westernmost point in Africa, was ideally suited geographically for the operating route of the vessel.

The yard was originally founded at the turn of the century by the French Navy. In recent years the yard was turned over to the Senegal Government Development Group and it is a corporation on private lines with the government majority interest being privatized.

There is a steady, well-trained labor force of about 500 persons, many of whom have been through the apprentice-school, the local educational system and European universities and work practice.

There is a diverse pool of subcontractors for excess and specialized types of work.

A modern Panamax floating dock has an inside breadth of 134-1/2 feet and a length of 771 feet. The graving dock has a breadth of 113.5 feet and length of 607.5 feet at quay level. A synchrolift of about 1,000 tons lift is also available mostly for the large fishing fleet and smaller craft.

The rigorous specifications called for completion of the wide variety of all shop works within 20 days with a severe penalty for late redelivery.

For free literature giving full information on the facilities and capabilities of Dakar Marine, Circle 54 on Reader Service Card 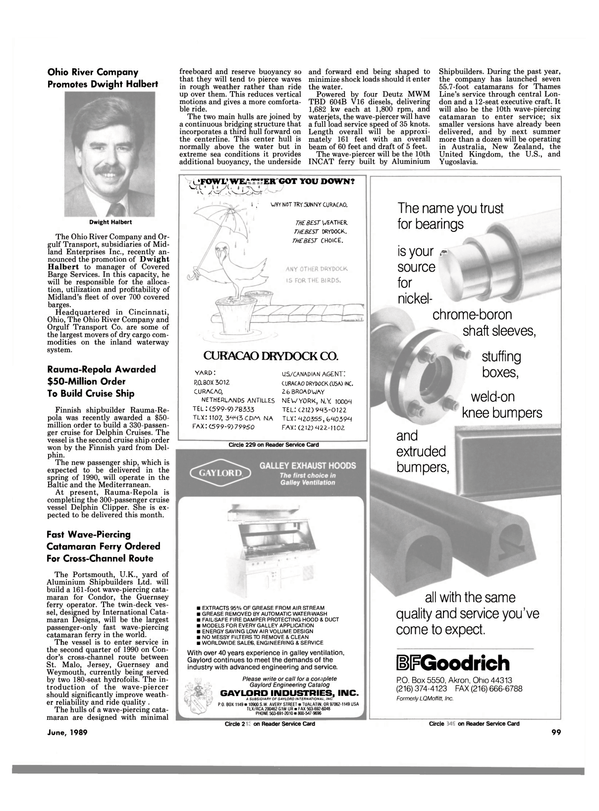