The Coast Guard recently announced proposed changes in the regulations for lifesaving equipment on large commercial ships. The proposed regulations are the result of recent revisions of an international treaty known as the Safety of Life at Sea Convention, or SOLAS.

The proposed rules would also carry out a number of recommendations that resulted from marine casualty investigations by the Coast Guard and the National Transportation Safety Board. Lifesaving equipment regulations for Great Lakes ships and other ships in domestic trade that are not covered by SOLAS would also be revised to require more effective lifesaving devices.

Under the proposed regulations: • Large commercial ships operating in the ocean or on the Great Lakes would be required to carry a new type of Emergency Position Indicating Radio Beacon (EPIRB) that operates on a worldwide satellite frequency. EPIRBs alert the Coast Guard and other foreign search and rescue forces to a vessel casualty, and provide a homing beacon to locate a vessel in distress.

The new satellite EPIRBs would be phased in over a six-year period.

• Ferries and passenger ships operating in water below 59 degrees F would have to carry lifeboats or rafts to keep all survivors out of the water.

• New large passenger ships in ocean service would be required to have partially enclosed lifeboats with rigid canopies at each end, and an open area in the center that can be quickly closed with a foldable cover.

• Totally enclosed lifeboats would be required on most new large cargo and tanker ships.

The proposed regulations would also allow the use of some new lifesaving systems, including free-fall lifeboats, marine escape slides, and inflatable buoyant apparatus.

The Coast Guard's proposed regulations were published in the April 10 issue of the Federal Register, with a four-month comment period. 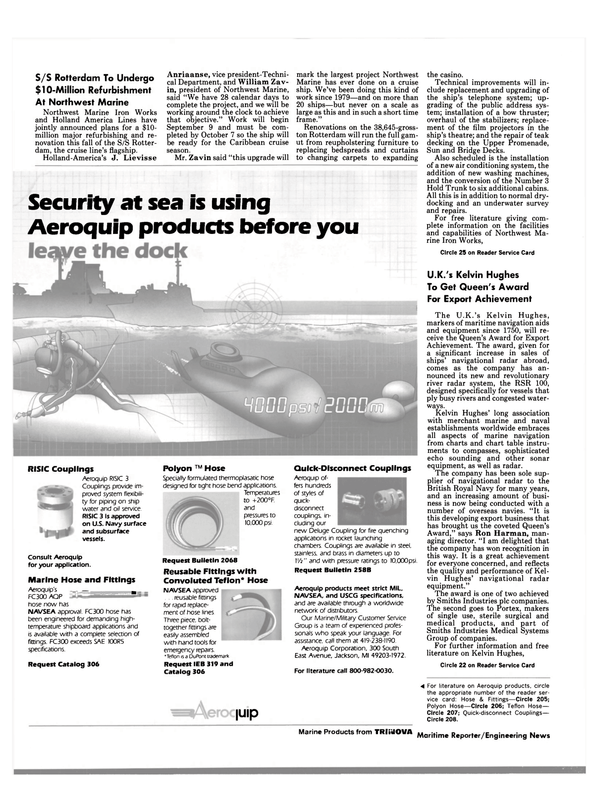