Second Tanker With One-Man Bridge Delivered By B & W

The Copenhagen-based yard Burmeister & Wain, recently delivered the Petrobulk Jupiter, the 11th ship in a series of Panamax product tankers. The vessel has gone on time-charter to Shell International Marine Ltd. for a period of five years.

This is the first in a batch of five sister vessels from Burmeister & Wain which Shell will control. The next four vessels to be delivered from the yard will go on bare-boat charter to the oil company.

The Petrobulk Jupiter is equipped with a one-man-operated bridge. The ship is the second one in the world (the first one, the sistership Petrobulk Mars was delivered in November 1988) classified by Det norske Veritas with the new class registration "Watch 1 - Ocean Areas and Coastal Waters" (Wl-OC), which means that the ship can be operated safely by only one person on the bridge day and night under normal operating conditions - as soon as this has been approved by the IMO, the United Nations' International Maritime Organization.

According to the international conventions this has so far only been allowed in the daytime and on approval of the highest ranking officer of the watch. Some of the biggest seafaring nations are now working on an extension of this convention so as to apply also to navigation at night.

Both the Petrobulk Jupiter and Petrobulk Mars are registered under the Vanuatu flag.

The Petrobulk Jupiter was contracted by K/S Eriksholm. The owners behind the project are Naess, Jahre & Partners, Oslo, in cooperation with the PetroBulk Carriers-group consisting of Bulls Tankrederi A/S, Norway, Exmar S.

The ship will be operated technically by Naess shipping (Holland) B.V. and commercially by PetroBulk carriers A/S. 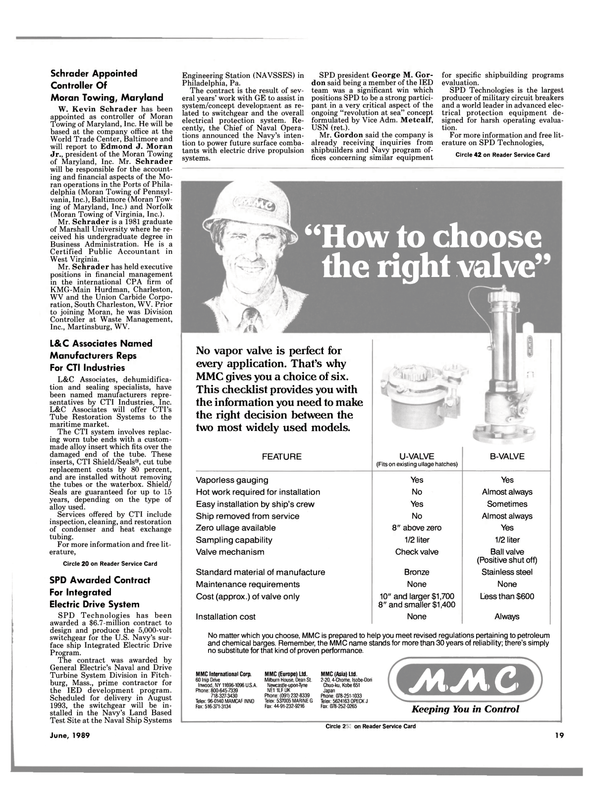 Read Second Tanker With One-Man Bridge Delivered By B & W in Pdf, Flash or Html5 edition of June 1989 Maritime Reporter