The Maritime Subsidy Board (MSB) has approved the applications of Wilmington Trust Company to repay approximately $45 million in construction-differential subsidies (CDS) which the Maritime Administration previously awarded for the construction of two liquefied natural gas (LNG) vessels. The MSB also granted permission for the two vessels to be employed in the carriage of LNG between Indonesia and Japan.

In addition, the owners would be required to pay interest at the Treasury rate on the subsidy funds expended in construction of the vessels. The interest is estimated to be $2.7 million on one vessel and $2.3 million on the other. The estimated actual cost of the vessels are approximately $104.6 million and $105.4 million, respectively.

These vessels, each with a capacity of 125,000 cubic meters, were part of a three-ship program contracted for in September 1972 with the Quincy, Mass., shipyard of General Dynamics Corp., to be used for the importation of LNG from Algeria to New England and New York.

However, that gas importation project (known as Easco) was canceled earlier this year, resulting in the transfer of these two vessels to the Indonesia-Japan trade.

The repayment of CDS plus interest, which would be deposited in the United States Treasury upon delivery of the vessels, is due to this change in employment of the vessels from U.S. foreign trade to a foreign-to-foreign operation.

The two vessels, as yet unnamed, are tentatively scheduled for delivery in late 1977.

The Wilmington Trust Company is the owner-trustee of both vessels under trust agreements with the equity owners, consisting of subsidiaries of Citibank, N.A., First Chicago Leasing Corporation, and GATX Corporation.

Under the revised agreement, Burmah would use the two vessels under a Transportation Agreement with the Indonesian national energy company, Pertamina, to carry LNG from Indonesia to Japan. These two ships would replace two other LNGs that had been contracted for in April 1976, also to be built by the General Dynamics Quincy shipyard. The contracts for these two vessels would be canceled.

In granting the approvals, the MSB established the additional conditions that the Government retain the right to the design and engineering data for the vessels and that the ships be subject to the purchase and requisition rights of the United States under the same compensation basis as for other vessels constructed under CDS. The vessels would continue to be owned by an American company and operated under the U.S. flag with American crews. 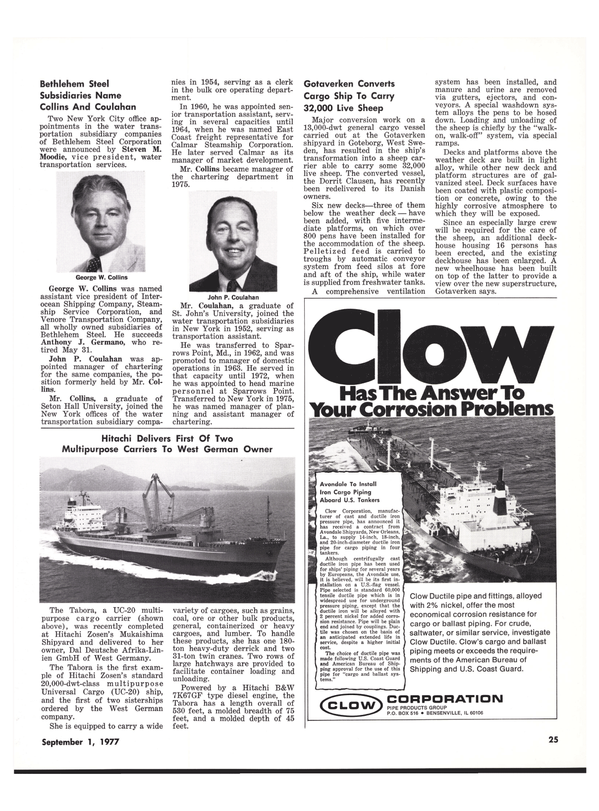