June tonnages at the Tulsa Port of Catoosa set an all-time record for a one-month period, according to figures released by port director Harley Ladd.

During June, the port recorded 136,412 tons of cargo moving in and out of the port, surpassing the previous one-month record set in September of 1976.

Grain and grain products paced the June cargo movement with 61,441 tons departing Catoosa in 46 barges. Heavy fuel oil was the next leading cargo with 36,736 tons in 15 barges, followed by dry bulk with 22,833 tons.

Steel was the leading inbound cargo during June with 8,827 tons.

The Tulsa Port, head of navigation port for the 440-mile McClellan- Kerr Arkansas River Navigation System, has emerged as the focal point for activity along the navigation system, which stretches from the Verdigris River at Catoosa to the Arkansas River and into the Mississippi.

An initial investment of more than $20 million by City of Tulsa and Rogers County voters started the port, which opened for business back in 1971.

Today, some 25 industries are located in the port's industrial park, and some 750 persons are employed there full-time.

More than 2.4 million tons of cargo have moved through the port in six years. 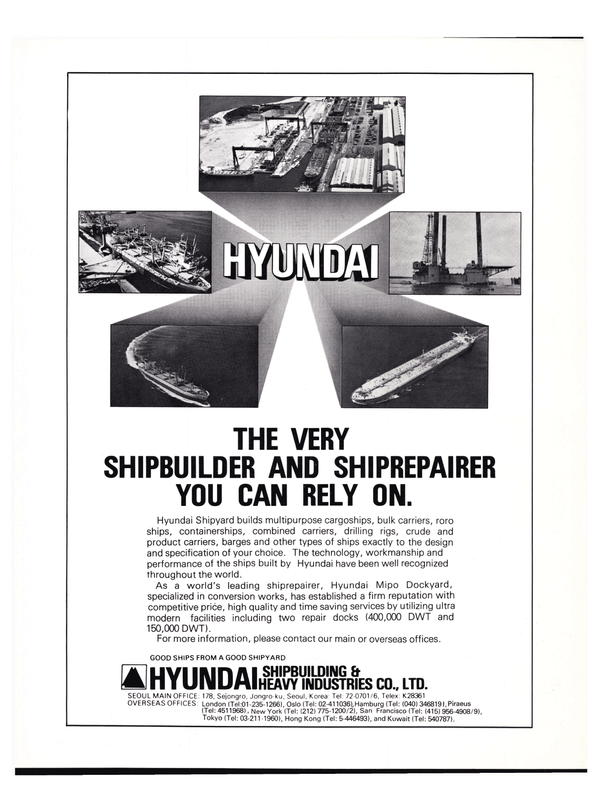