The announcement by Steven Loui, executive vice president of the parent company, indicated that both Mr. Burgess's appointment and the move to new and larger quarters were first steps in a program of more aggressive marketing planned for the 15- year-old shipping agency.

Following Air Force service in Hawaii, Mr. Burgess began his career in the maritime industry with Pacific Marine & Supply in 1966. For the past eight years, he has been with Fred L. Waldron, Ltd., shipping agency division, five years as its manager.

He is a graduate of Honolulu Business College and the Hawaii Employers Council- Management/Supervisory courses with a degree in management, as well as data processing and business accounting. 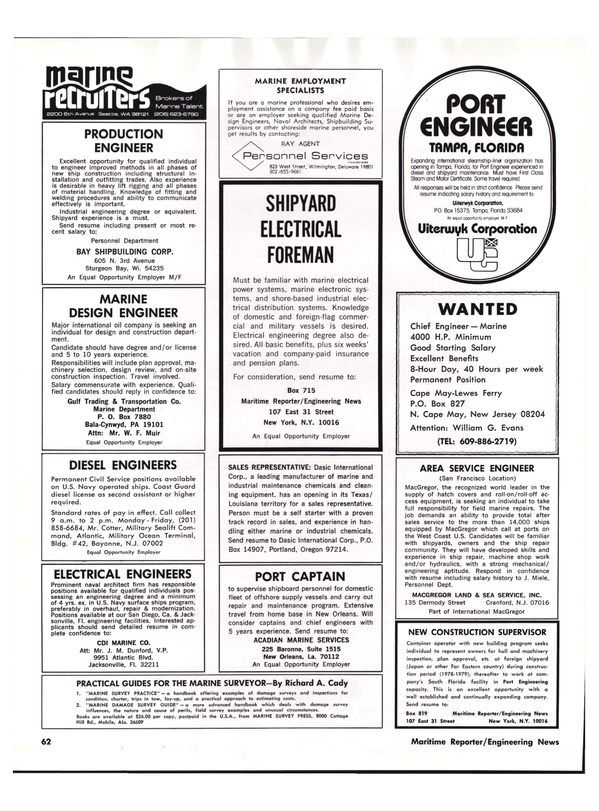