Built for the Canada Steamship Lines Division of Power Corporation of Canada, Limited, the laker slipped into the water in a rather spectacular side-launch which is used by the Collingwood Yard for particularly large vessels.

The new ship, which will be known only as Hull 212 until its official christening next October, has been specially equipped to transport western Canadian coal, which is expected to be an increasingly important cargo on the Great Lakes in coming years.

With an overall length of 730 feet, Hull 212 is the maximum-sized vessel that can be accommodated by the St. Lawrence Seaway.

It will be the 34th ship in the Canada Steamship Lines fleet, and will bring the firm's total carrying capacity to more than 750,000 tons.

Like the 12 other self-unloaders belonging to CSL, Hull 212 will be able to deposit its cargoes as much as 200 feet away from dockside at a rate of up to 6,000 tons of ore per hour. 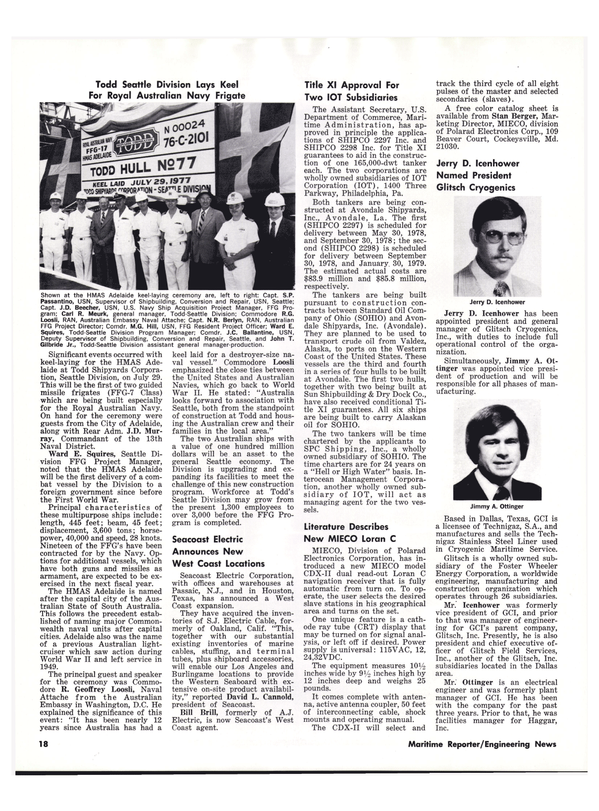