Initial projections on the worldwide use of liquid natural gas did not take into account the enormous technical, economic, and logistical hurdles that would arise in the attempt to bring LNG onstream. But now the initial obstacles are being overcome and that—combined with the energy demand in industrialized nations—assures that "a real breakthrough" is now imminent in the worldwide LNG market.

The conclusion, derived from a remarkably rich analysis that covers LNG technology, economics and markets, is documented in a 410-page study, titled "Worldwide LNG Markets," by Frost & Sullivan, Inc. in New York City. Specifically, world- K R U P P IN KRUPP ATL H B M P. O. BOX 58218, HC NAME COMPANY CITY TYPE OF VESSEL(S) wide LNG imports at $758 million this year will increase to $2.35 billion by 1980. But of even greater interest, adds the study, "the stage is set for a very important quantitative rise in LNG shipments to occur between 1980 and 1985." Worldwide imports will soar to $7.9 billion by the end of that period.

To create such worldwide LNG production capacity, industry will make some $17 billion in capital investments over the 10-year period as follows: • Baseload LNG plants: Investments to total $7 billion in 16 equipment categories (controls, valves, heat exchangers, etc.) and three service categories, each analyzed in depth in the two-volume F&S study.

• LNG carriers: A "conservative" forecast shows that some 60 LNG carriers will be necessary as a minimum to meet transportation demands, and this will entail a $9-billion capital investment.

The projections weigh the principal technology alternatives that include 21 different LNG production processes, all principal LNG carrier designs, and LNG production outlook on a country-by-country basis.

From a production point of view, Algeria will remain the "most important LNG exporter, even after 1985," the study says.

This country alone has some 14 LNG trade commitments that run as long as 25 years, and that will require some 44 additional LNG carriers. Iran is to become the second most important LNG-producing single count r y by the 1980s, even though the country is not yet producing any LNG. Indeed, Iran LNG exports will reach some 21 million T/y by 1985 to be shipped to Japan and the U.S.

To handle the load, Iran will need some 39 additional LNG carriers. Alaska, as the third ranking LNG-producing area, will be exporting some 80 million T/y by 1985, and it will require 15 additional carriers.

The projections, based on orders to materialize by 1980, suggest a 30 percent average annual increase in LNG trade. Fueling the growth is the vast quantity of oil-associated natural gas that is now flared, a desire to eliminate this "frightening waste of natural resource," demand by the industrialized countries for low polluting energy sources, and a worldwide business recovery that will now be able to finance very expensive LNG projects. 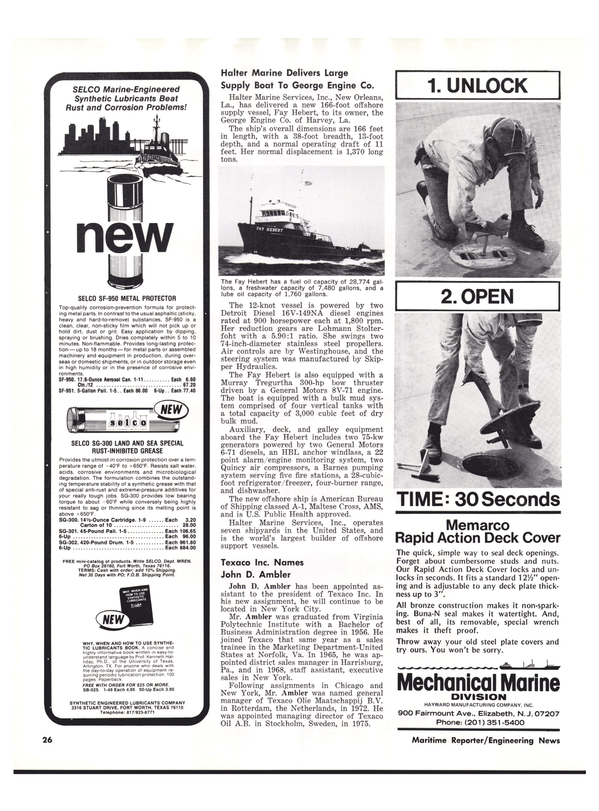