The 278,000-dwt supertanker Esso Osaka successfully completed shallow water maneuvering trials on August 3, 1977 in the Gulf of Mexico southwest of Galveston, Texas, it was announced by Exxon Corporation.

The trials, which took nine days, were made in water depths providing as little as 11 feet under the keel of the ship, which had a draft of 71.5 feet.

The primary objective of the trials is to increase the understanding of how large ships maneuver in shallow water. While a vast amount of information on shallow water maneuvering, including model data, is available, the Esso Osaka trial was the first full-scale shallow water maneuvering trial of a very large crude carrier (VLCC) anywhere in the world to obtain data under carefully planned conditions. This knowledge will be used to improve computer programs for shiphandling simulators now being used for the training of ships' officers and pilots. It will also assist in the research and design studies of ships, their equipment, waterways, aids to navigation, and traffic controls.

In addition, the trial results will sharpen the data upon which the size and configuration of deepwater port safety zones are based. It will provide direct shiphandling maneuvering information for ships' officers and pilots under realistic shallow water conditions, and will help researchers to better understand effects of size change in expanding results of model studies to the performance of real ships.

This safety-oriented program has involved extensive cooperation between the government and the marine industry. For example, MarAd handled the contracting, the Coast Guard provided the buoy tender services of the cutter Blackthorn and p a t r o l services of the cutters Durable and Point Monroe, and Exxon International Company managed the program and provided the trial ship. The AIMS Tanker Council coordinated industry participation both for its members and other shipowners. Other participants in the project included Sippican Corporation, oceanographers of Marion, Mass.; the U.S. 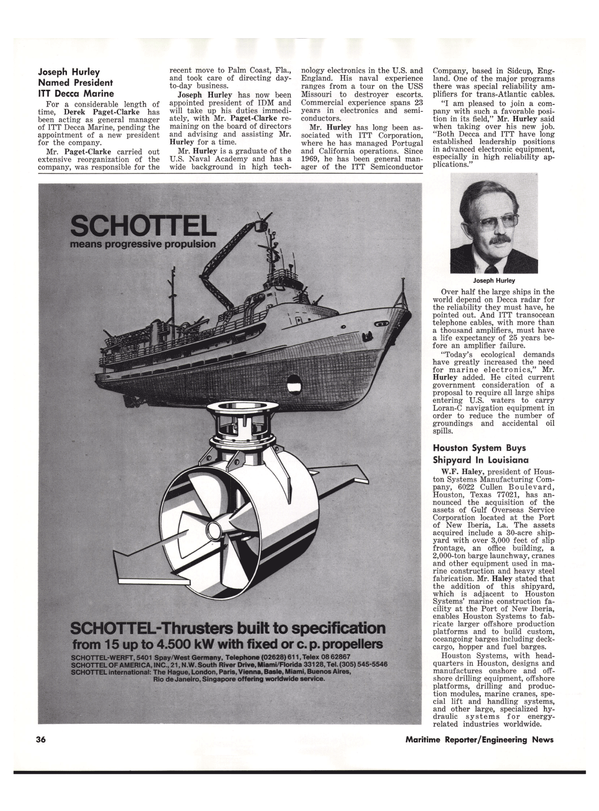