John T. Gilbride, chairman of the board, Todd Shipyards Corporation, has accepted chairmanship of the 1977 American Merchant Marine Conference to be held in Galveston, Texas, October 12-14, in conjunction with the 51st Propeller Club Conven- tion. The program will include a panel discussion on "American Shipbuilding — National Security and Welfare," among others. Participants will be: Ralph W. Cousins, president, Tenneco's Newport News Shipbuilding. 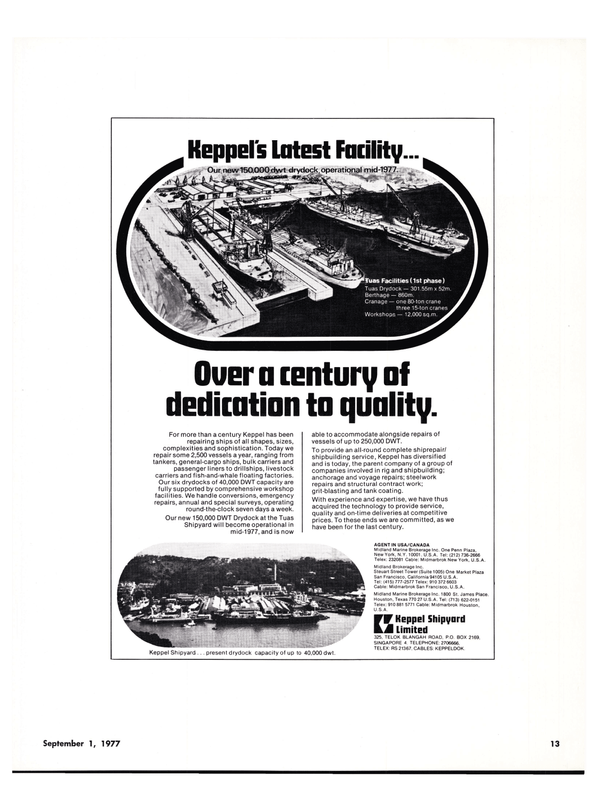