For a considerable length of time, Derek Paget-Clarke has been acting as general manager of ITT Decca Marine, pending the appointment of a new president for the company.

Mr. Paget-Clarke carried out extensive reorganization of the company, was responsible for the recent move to Palm Coast, Fla., and took care of directing dayto- day business.

Joseph Hurley has now been appointed president of IDM and will take up his duties immediately, with Mr. Paget-Clarke remaining on the board of directors and advising and assisting Mr.

Hurley for a time.

Mr. Hurley is a graduate of the U.S. Naval Academy and has a wide background in high technology electronics in the U.S. and England. His naval experience ranges from a tour on the USS Missouri to destroyer escorts.

Mr. Hurley has long been associated with ITT Corporation, where he has managed Portugal and California operations. Since 1969, he has been general manager of the ITT Semiconductor Company, based in Sidcup, England.

One of the major programs there was special reliability amplifiers for trans-Atlantic cables.

"I am pleased to join a company with such a favorable position in its field," Mr. Hurley said when taking over his new job.

"Both Decca and ITT have long established leadership positions in advanced electronic equipment, especially in high reliability applications." Over half the large ships in the world depend on Decca radar for the reliability they must have, he pointed out. And ITT transocean telephone cables, with more than a thousand amplifiers, must have a life expectancy of 25 years before an amplifier failure.

Hurley added. He cited current government consideration of a proposal to require all large ships entering U.S. waters to carry Loran-C navigation equipment in order to reduce the number of groundings and accidental oil spills. 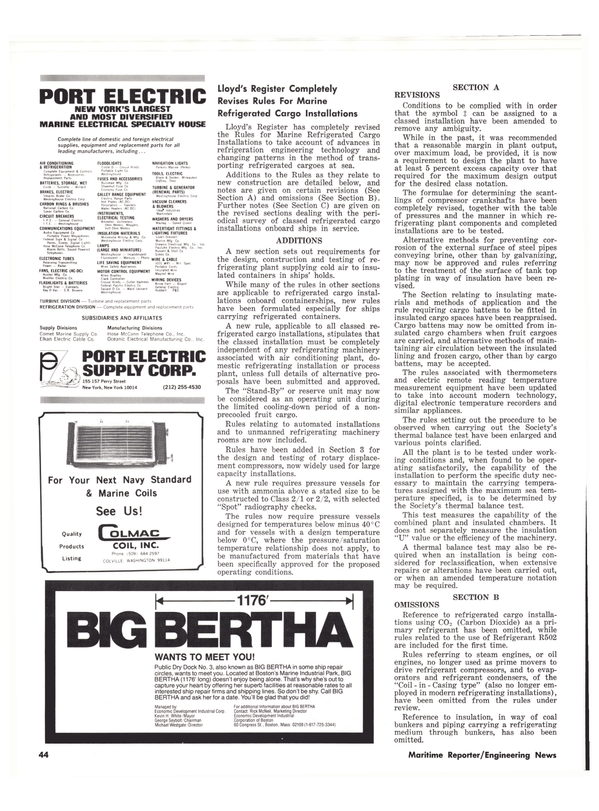