The first export vessel of a new design of 26,500-dwt bulk carriers has been launched from the Maua yard of the leading Brazilian shipbuilder, Companhia Comercio e Navegacao (CCN).

The vessel, named the Alexandres G. Tsavliris, will be owned by the Greek Tsavliris Group.

She was sponsored at the launching by Mrs. Claire A. Tsavliris.

The ship, the first vessel to be ordered in Brazil for Greek account, is one of two Prinasa 26/15s ordered at CCN by the Tsavliris Group. The second vessel, to be called the Claire A.

Tsavliris, is due to be delivered to her owner in December.

Prinasa 26/15s for export include two for Interoceanica of Valparaiso, Chile, and two for the Greek Kalamotusis Group.

Brazilian owners, other than Lloyd Brasileiro and Netumar, who have Prinasa 26/15s on order are Paulista, Alianca and Frota Amazonica.

The Prinasa 26/15 was designed jointly by CCN's own naval architecture company, Prinasa, and Sener of Bilbao, the Spanish engineering company.

The vessel is capable of carrying general cargo, containers, iron ore and an unlimited variety of other goods. Equipped with a 13,300-bhp diesel engine, it can develop a service speed of 15.4 knots at 85 percent MCR. The ship length overall is about 568 feet, molded breadth 87 feet, and molded depth 44 feet. She has five holds.

The Prinasa 26/15s are being constructed on CCN's modernized slipway, and the SD-14s and Prinasa 121s in the graving dock which has been converted to newbuilding under the yard's recent £16 million (approximately $28,- 000,000) expansion and modernization program. 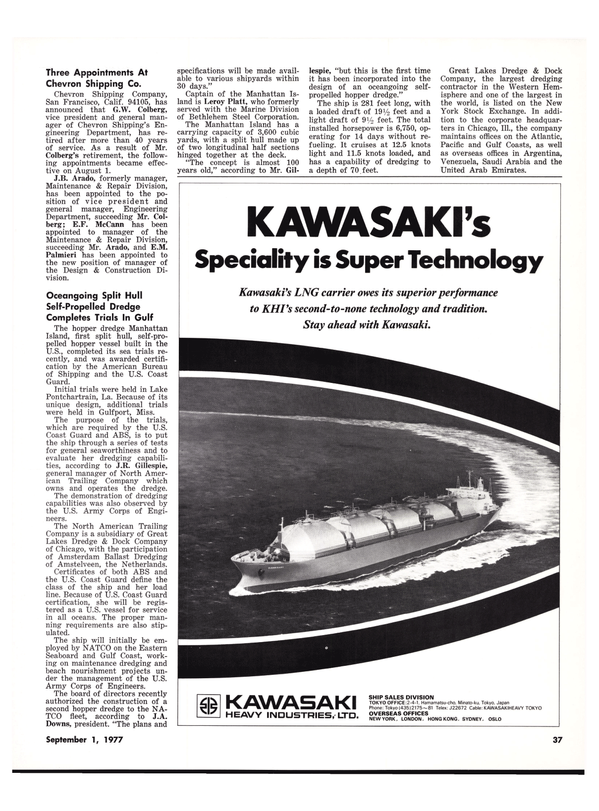