Stolt-Nielsen, BP Tanker Company, and bankers, together with their lawyers and financial advisers, met in Paris on August 2-4, for the signing of the various documents enabling BP to make its i n v e s t m e n t in the Greenwich, Conn.-based specialist chemical shipping and tanker organization.

After several months of negotiations and complex restructuring in the Stolt-Nielsen Group, BP's loan of $50 million has been made available to Stolt Tankers and Terminals Inc. It is expected this loan will be converted into a 50-percent equity holding in due course.

Stolt-Nielsen will be operated on a completely arm's length basis from BP, and while the Stolt-Nielsen organization and management remain virtually unchanged, there will be some new faces seen in Greenwich as BP Tanker Company fills various agreed posts on the board and in the organization.

J.H. Ross will be leaving his present post as assistant general manager (commercial) of BP Tanker Company to join Stolt Tankers and Terminals, the holding company, as deputy chairman of the board, and to take up the position of executive vice president of Stolt-Nielsen Inc., the managing company, where he will report to t h e p r e s i d e n t , C.N.

Ilian, managing director and general manager, respectively of BP Tanker Company, are also appointed to the board of Stolt Tankers and Terminals, Jacob Stolt-Nielsen remaining as chairman and chief executive. The two remaining directors, both to be a p p o i n t e d f r om Stolt-Nielsen, have not yet been named.

Stuart Butler, George Mulvein and Stanley Symon, at present executives of BP Tanker Company, will move from London to join the organization in Greenwich.

No changes in personnel or function are contemplated for the other Stolt-Nielsen offices around the world. 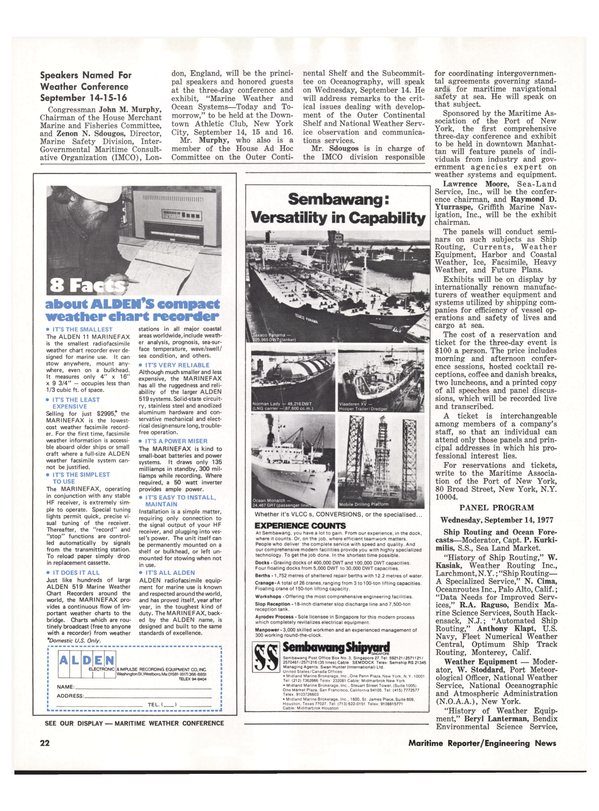