Both of the vessels measure approximately 100 feet in length and 29 feet abeam.

Jakobson delivered one of the vessels on April 30, 1977, and is scheduled to deliver the second in December 1977.

All five tugboats will be chartered to wholly owned subsidiaries of Moran. Two will operate at New York, and the others will o p e r a t e at Philadelphia, Pa., Jacksonville, Fla., and Port Arthur, Texas. 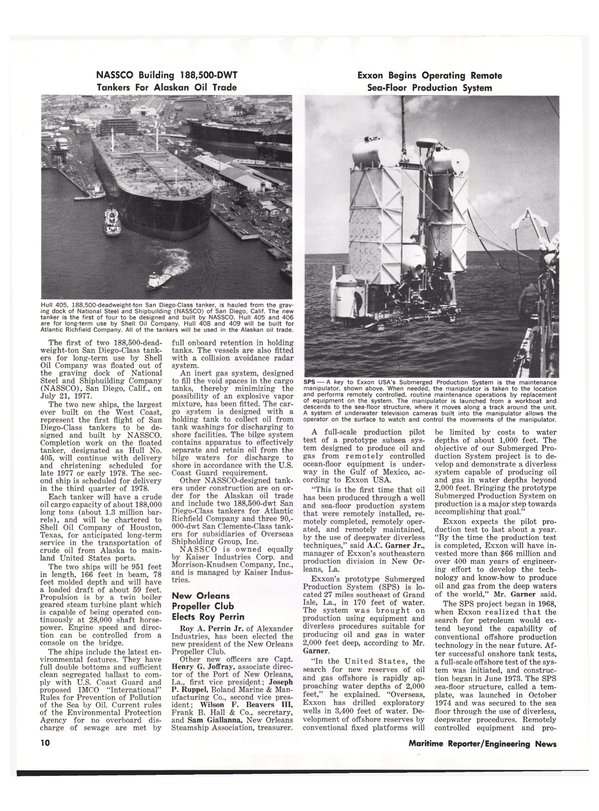