This will be the first of two guided missile frigates (FFG-7 Class) which are being built especially for the Royal Australian Navy.

On hand for the ceremony were guests from the City of Adelaide, along with Rear Adm. J.D. Murray, Commandant of the 13th Naval District.

Ward E. Squires, Seattle Division FFG Project Manager, noted that the HMAS Adelaide will be the first delivery of a combat vessel by the Division to a foreign government since before the First World War.

Nineteen of the FFG's have been contracted for by the Navy. Options for additional vessels, which have both guns and missiles as armament, are expected to be exercised in the next fiscal year.

The HMAS Adelaide is named after the capital city of the Australian State of South Australia.

This follows the precedent established of naming major Commonwealth naval units after capital cities. Adelaide also was the name of a previous Australian lightcruiser which saw action during World War II and left service in 1949.

The principal guest and speaker for the ceremony was Commodore R. Geoffrey Loosli, Naval Attache f r om the Australian Embassy in Washington, D.C. He explained the significance of this event: "It has been nearly 12 years since Australia has had a keel laid for a destroyer-size naval vessel." Commodore Loosli emphasized the close ties between the United States and Australian Navies, which go back to World War II. He stated: "Australia looks forward to association with Seattle, both from the standpoint of construction at Todd and housing the Australian crew and their families in the local area." The two Australian ships with a value of one hundred million dollars will be an asset to the general Seattle economy. The Division is upgrading and expanding its facilities to meet the challenge of this new construction program. Workforce at Todd's Seattle Division may grow from the present 1,300 employees to over 3,000 before the FFG Program is completed. 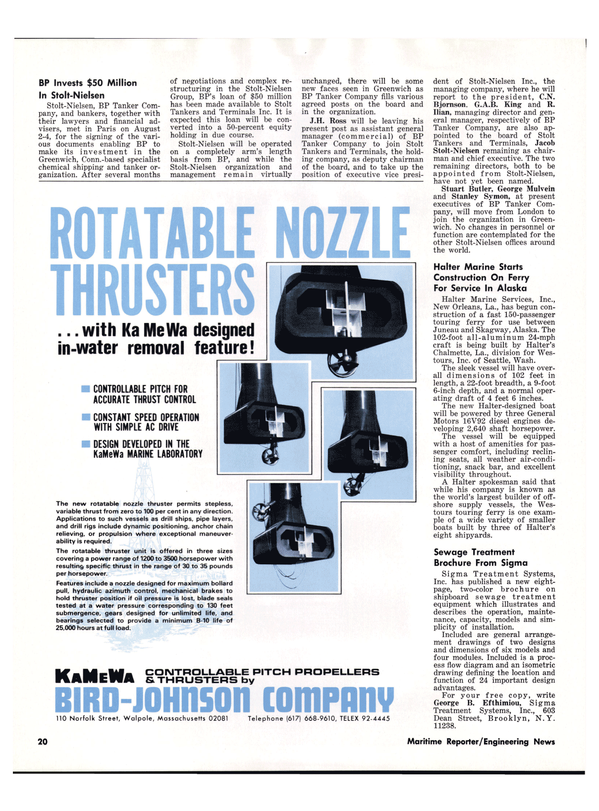