Prior to joining Navios, Mr. Lounsbery had worked in various posts with United Brands Company, serving as assistant vice president, transportation operations prior to leaving to join Navios.

Lounsbery will have responsibility for the New York-based operations and will gradually assume responsibility for all other operating subsidiaries and divisions, including the ports of Philadelphia, Pa., Norfolk, Va., and San Juan, Puerto Rico, as well as Tug and Barge Dry Docks, Inc., McAllister Brothers' shipyard in New York Harbor. The company currently operates approximately 100 tugboats and barges along the Eastern Seaboard and in the Caribbean Sea 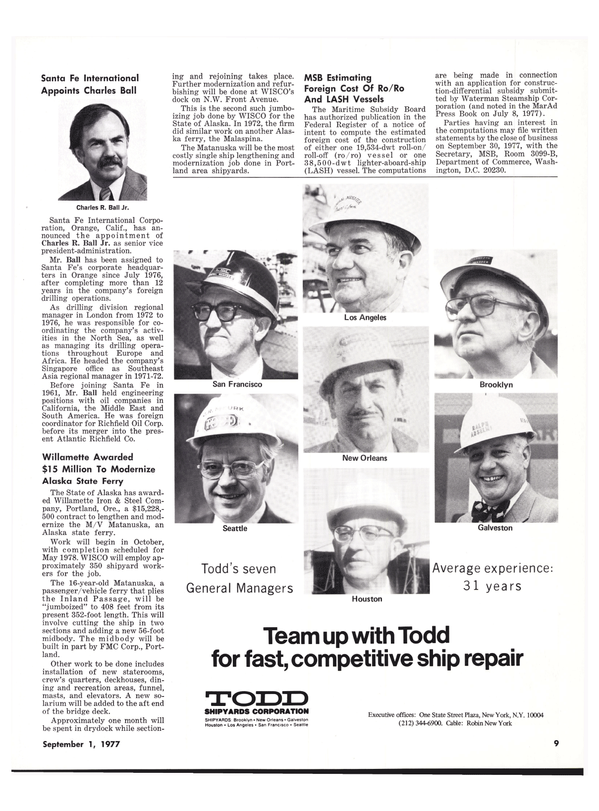