The American Association of Port Authorities (AAPA) will hold its 66th Annual Convention at the Hotel Maria Isabel in Mexico City, October 23-27.

According to executive vice president Richard L. Schultz, this 66th convention marks the first AAPA annual meeting to be held in a Latin American country.

Past conventions have been held 11 times in Canada and twice in Caribbean nations, reflecting the organization's hemispheric membership. AAPA was established in 1912, and is believed to be the oldest port association in the world. With a present membership of about 400, AAPA consists of over 125 public agencies representing most of the major ports of the Western Hemisphere.

The remainder of the membership is divided between Associate Members, who are individuals involved in port administration, and Contributing Members, companies serving the port industry.

The Comision Nacional Coordinadora de Puertos, the Mexican port agency, will serve as official host to the AAPA convention delegates and their wives. In addition to the business sessions, a varied social program is also planned.

A number of panel discussions and workshops will be conducted by AAPA Committee members and experts from private industry and the government. These will include: The Insurance Crisis; Finding Your Way Through the Port Planning Maze; Statistics, Trade Projections and Computer Modelling; International Trade Trends; Environmental Awareness: The Ports and the Public; The Permit Problem; Port Operations; Who Has the Best Security and How Can You Tell ?; Worker Training and Management Development; Court Cases of Interest to Ports; Selling Your Port to the Community; and an International Overview and the Outlook.

On October 27, the final day of the AAPA convention, the winners of the Annual Environmental and Communications Competition will be announced and 1977-78 officers elected. 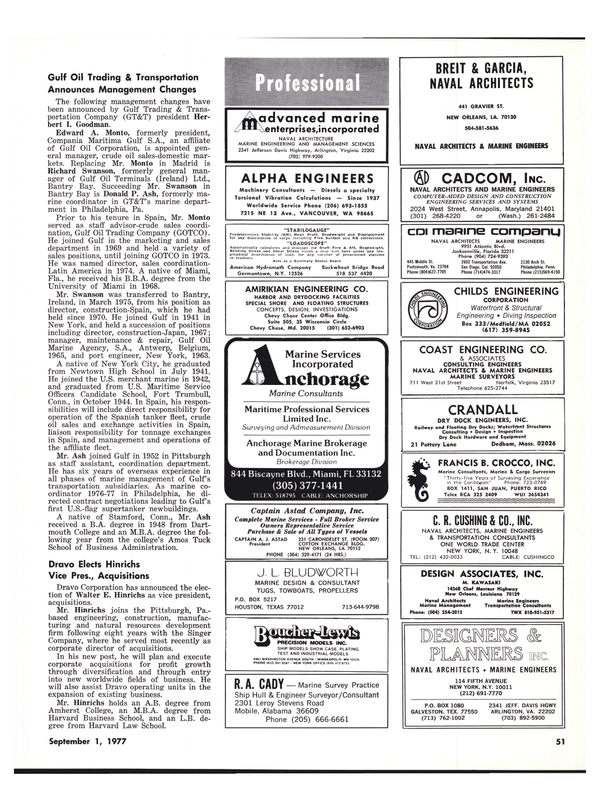