V.C. Yin has joined R.J. Brown & Associates of America Inc. as chief engineer, with responsibility for the Engineering Department at the Houston office. Mr.

He joined RJBA in 1975, and was initially involved in a number of projects in the North Sea and T.J. Corbishley Middle East, before participating in business development activities.

He was made executive engineer in 1979.

T.J. Corbishley has been made chief engineer of RJBA Holland BV. He was previously supervisor of RJBA's Structures & Systems Engineering Group, and has 14 years' experience in engineering management and marketing in the U.K. offshore, shipbuilding, and aerospace industries.

R.J. Brown & Associates is an international company headquartered in Switzerland, and with engineering offices in the Netherlands, Houston, Texas, and Singapore. 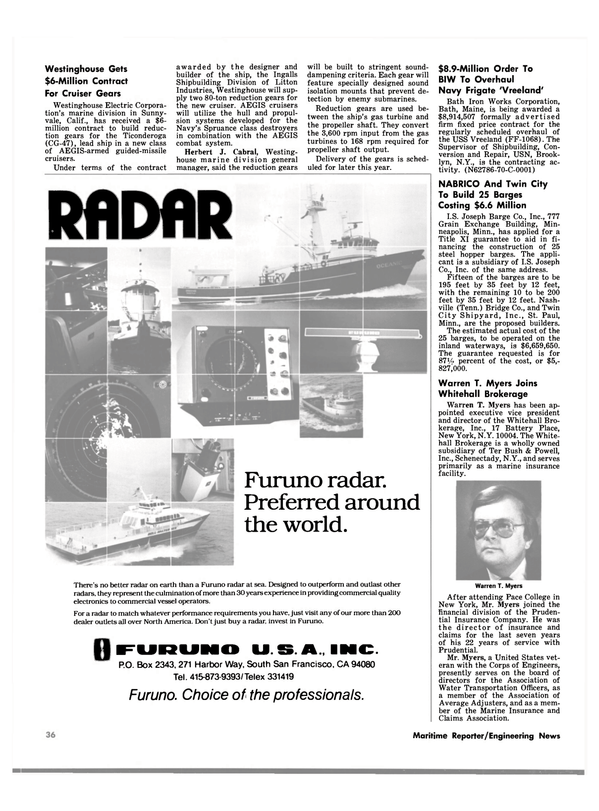