The merger adds Independent Towing's fleet of six tugs to the nine McAllister now operates out of the Port of Camden, N.J., doubling the company's service capabilities between Trenton and the Delaware Breakwater.

Independent was founded in 1876 by Emil Meyle. He was succeeded successively by his son, William, and by William Jr., the present president. Kenneth Meyle is vice president. William Meyle I I I , representing the fourth generation of the family, is the corporate secretary.

According to the announcement, Independent Towing will continue its operations as a subsidiary of McAllister. It has berthing facilities at Pier 34 South, Philadelphia, and a total of 50 employees.

McAllister now has more than 110 tugs and barges in its fleet.

The company name has been associated with marine transportation in the Port of New York for over 115 years, through four generations of the McAllister family. 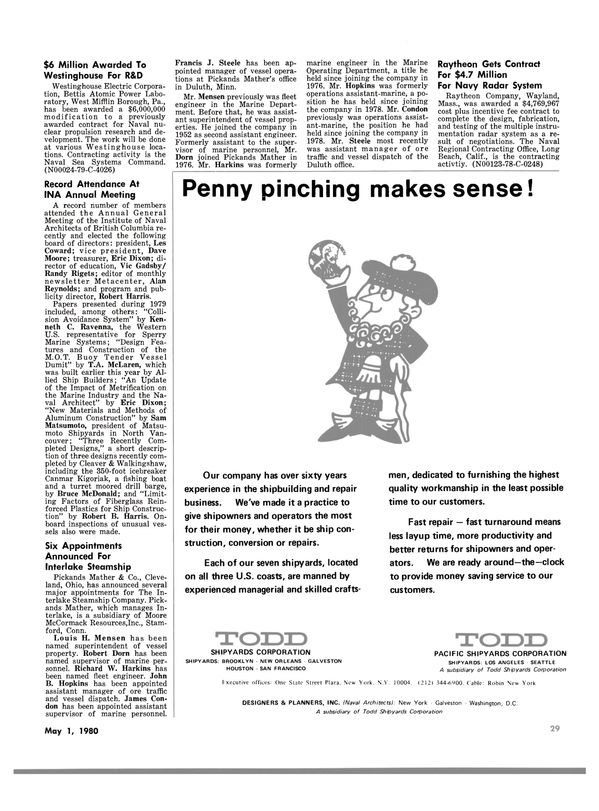