"One of the greatest ironies of today's world is that the United States, which needs both a powerful Navy and a strong and economically viable U.S.-flag merchant marine, has permitted both to languish," U.S. Congressman Elwood H. Hillis of Indiana, a member of the House Armed Services Committee, said recently.

Mr. Hillis, principal speaker at the christening of the New guided-missile destroyer Scott (DDG-995) at Ingalls Shipbuilding, added that while the U.S. has allowed its fleets to diminish, "the USSR has built its naval and merchant fleets to a size and strength far greater than what is required f o r Soviet defense and economic needs.

"Events over the last year have graphically driven home the fact that the world is becoming an increasingly dangerous place f o r the United States," Mr. Hillis said. "The challenge to prevent events from tilting the balance of power in the world is not a f u - ture concern. The challenge exists today." The Scott, named f o r Rear Adm. Norman Scott, who died on the bridge of his cruiser division flagship in World War II, is the third of four guided-missile destroyers for the Navy known as the Kidd class. The ships are similar to the 31 jet-powered destroyers of the Spruance class, designed and now being completed by Ingalls.

Mr. Hillis said the Scott will help fulfill the Navy's requirement to respond to the increasing Soviet naval air and submarine power. "The Congress authorized the purchase of the four additional DDG-993 class destroyers to improve the Navy's requirement f o r increased antiaircraft and antisubmarine capability," he said. "These ships will provide a combination of speed, high maneuverability, and will be extremely quiet, and will travel at speeds in excess of 30 knots." Leonard Erb, senior vice president of Litton Industries and president of Ingalls Shipbuilding, told the guests at the christening that "considering what has happened recently in both our economy and our defense posture, it is difficult to imagine a government program that is more productive and directly beneficial to the needs of the country than defense contracting by private industry.

"In the case of Ingalls," Mr. Erb said, "going beyond the immediate benefits of national defense and the support of foreign relations, shipbuilding programs mean jobs, and that means jobs for Americans. U.S.

Navy combat ships are built in this country, and their equipment is supplied by other manufacturers, both large and small, from throughout the country.

"Practically every dollar that is spent on a shipbuilding program at our shipyard remains in the United States to be turned over and over again," Mr. Erb concluded.

"That helps our economy. It supports our balance of payments, and it reduces inflation." The Scott was christened by Mrs. Martha Scott Josi of Salinas, Calif., granddaughter of Admiral Scott. Her sister, Ms. Pamela Scott, served as maid of honor. 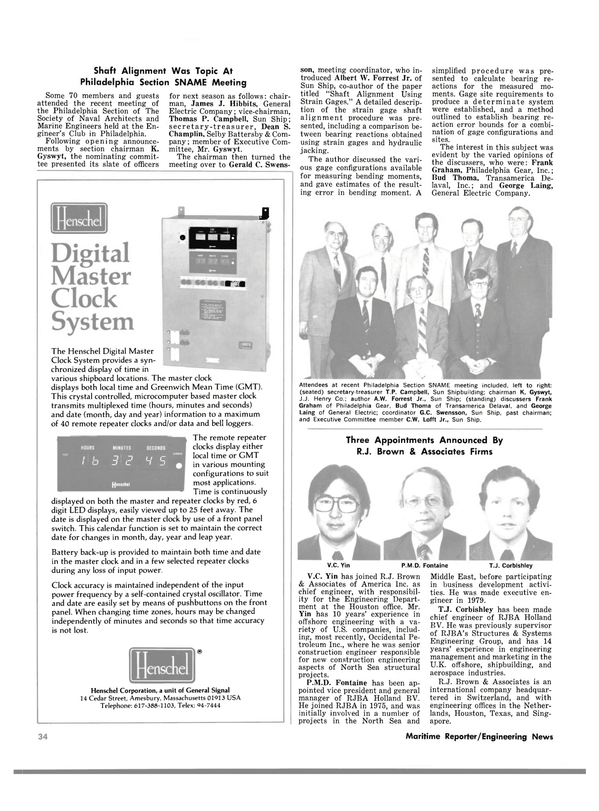