The newest addition to the American Steamship Company's Great Lakes fleet, a $30-million, 728-foot bulk carrier, was christened and went into service recently.

The new self-unloader is named the American Mariner in honor of the officers and men who dedicate their lives to the sea.

Samuel B. Nemirow, Assistant Secretary of Commerce for Maritime Affairs, Maritime Administration, was the principal speaker at the christening ceremony held in Sturgeon Bay, Wis., in the yard of Bay Shipbuilding Corporation, a subsidiary of The Manitowoc Company, Inc.

The ship is the ninth new carrier to enter service since 1973 in American Steamship's current building program. This has added more than 325,000 long tons in new capacity to the ASC fleet, which now totals 20 vessels. 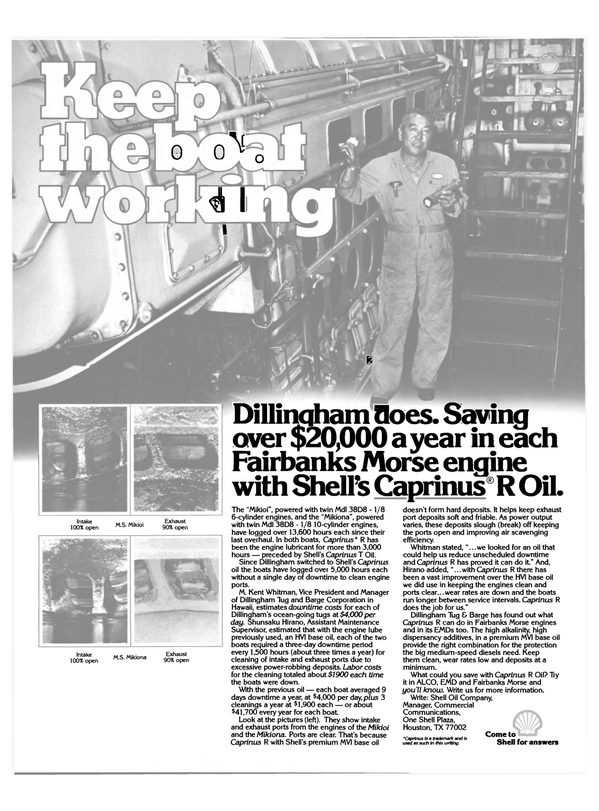 Read Self-Unloading Bulk Carrier Delivered To ASC By Bay Shipbuilding in Pdf, Flash or Html5 edition of May 1980 Maritime Reporter