Delaval Will Test Use Of Coal-Derived Fuel

In a new phase of the Government's multi-billion-dollar synthetic fuels program, the Department of Energy has awarded Transamerica Delaval Inc. a contract to test the performance characteristics of coal-derived liquid in operating heavy-duty diesel engines.

Details of the $475,000, 16- month program were announced by Douglas Martini, vice president and general manager of Transamerica Delaval's Engine and Compressor Division, which manufactures diesel engines in the 3,000 to 13,500-bhp range at its Oakland, Calif., plant. The division will use its 3,656-bhp DSR- 46 engine in the DOE tests.

Mr. Martini said the test engine contains the same basic technology as the other medium-speed diesel built by Transamerica Delaval for ship propulsion and for generating electrical power. The DSR-46 is also easily modifiable for the tests, and economical in terms of fuel consumption per test hour.

According to the Department of Energy, the feasibility studies "anticipate the time when synthetic fuels from coal could provide substantial amounts of energy in the U.S." In addition to testing with synthetic fuel from coal, the program is expected to include a later phase using shale oil. 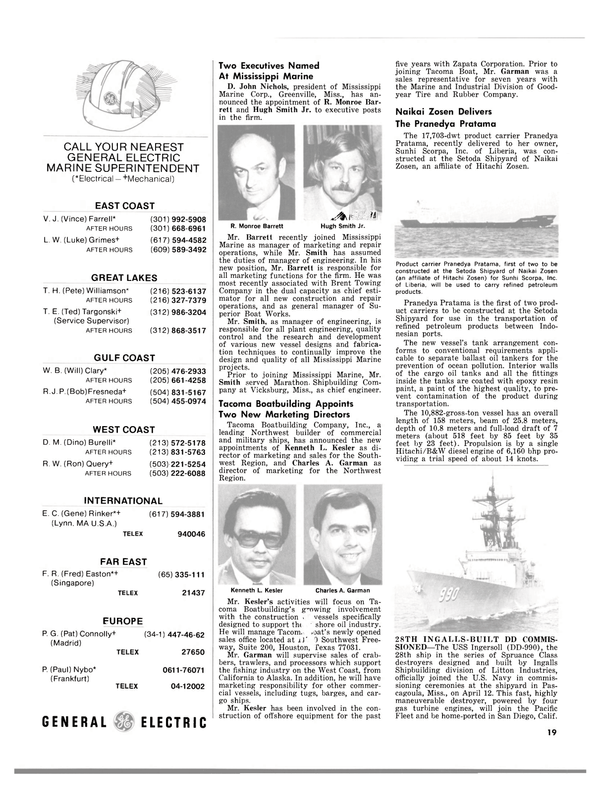 Read Delaval Will Test Use Of Coal-Derived Fuel in Pdf, Flash or Html5 edition of May 1980 Maritime Reporter