. J . Henry Elected To Norshipco Board

James J. Henry, chairman of the board of the J.J. Henry Co., Inc., New York, N.Y., has been elected to the Norshipco board of directors. The announcement was made recently by John L. Roper 2nd, Norshipco board chairman.

A graduate of the Webb Institute of Naval Architecture, Mr.

Henry formed his own company in 1947 to provide engineering and design services to ship construction companies throughout the world.

Mr. Henry is on the board of managers of the American Bureau of Shipping, and is past president and an honorary member of The Society of Naval Architects and Marine Engineers.

He is past chairman and currently vice chairman of the Webb Institute board of trustees, and a former member of the Academic Advisory Committee of the U.S. 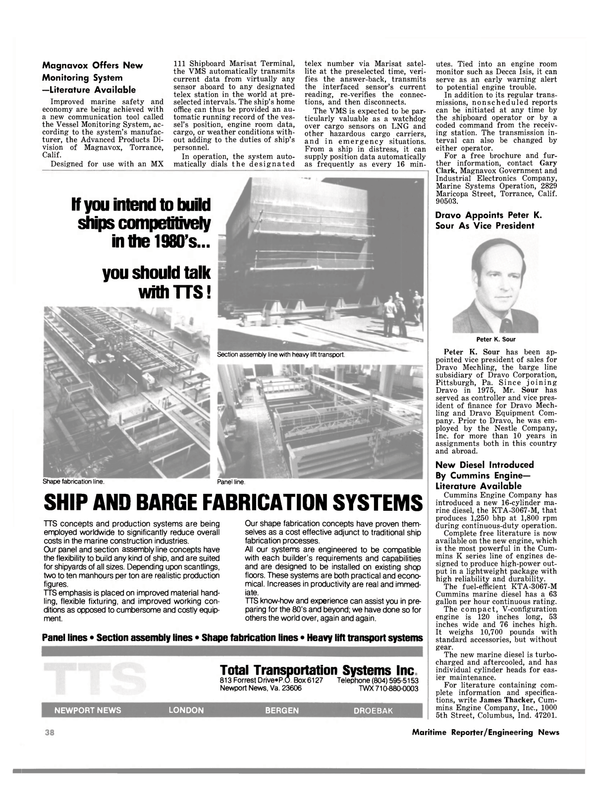 Read . J . Henry Elected To Norshipco Board in Pdf, Flash or Html5 edition of May 1980 Maritime Reporter