The new dockside crane and terminal cranes are part of a quantity order placed by Matson to expand service at three of its container terminal operations. The acceptance of these cranes completes the order, making a total of three Portainer cranes (one in Honolulu and one in Richmond, Calif.), and six Transtainer cranes (two in Richmond).

Matson Terminals plans to coordinate use of these cranes in their modern container terminal at Terminal Island, speeding productivity and expanding container throughput.

Of the latest design, the Portainer crane has a 110-foot outreach and a 31-foot backreach over the terminal and is a duplicate of the Richmond Portainer. The Transtainer cranes have a 74-foot span with a reeved-in telescopic spreader capable of handling 20 to 40-foot containers. They will stack the boxes four high and five across.

Paceco's Alameda, Calif., and Gulfport, Miss., manufacturing plants coordinated fabrication of the components of the cranes before shipping them to the erection site. 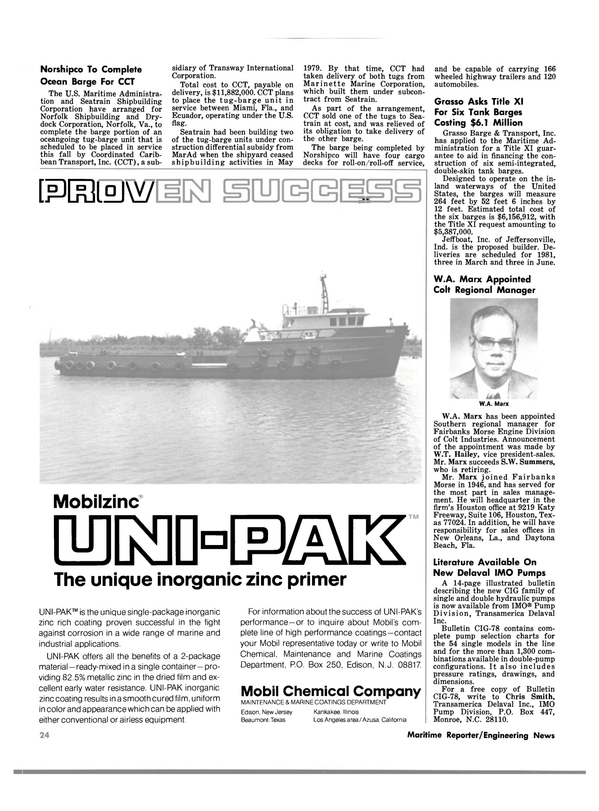