The Austin Company, international d e s i g n e r s and builders headquartered in Cleveland, Ohio, has been awarded a multimilliondollar contract by Paceco, Inc. for expansion of its Gulfport, Miss., facilities. Paceco, a subsidiary of Fruehauf Corporation, one of the world's largest manufacturers of container-handling equipment, also intends to relocate its world headquarters to Gulfport, after 57 years in Alameda, Calif.

The announcement was made by Paceco's president John F. Martin.

The move is part of a major 26-million- dollar expansion and improvement program at Gulfport. The 47,000-square-foot, three-story office building, d e s i g n e d by the Houston, Texas, office of The Austin Company, is slated for completion in June 1981.

The expansion is designed to centralize Paceco's response to its growing volume of business, and to better serve both East and West Coast customers. The Alameda plant will continue to produce Paceco's line of marine and crane products. 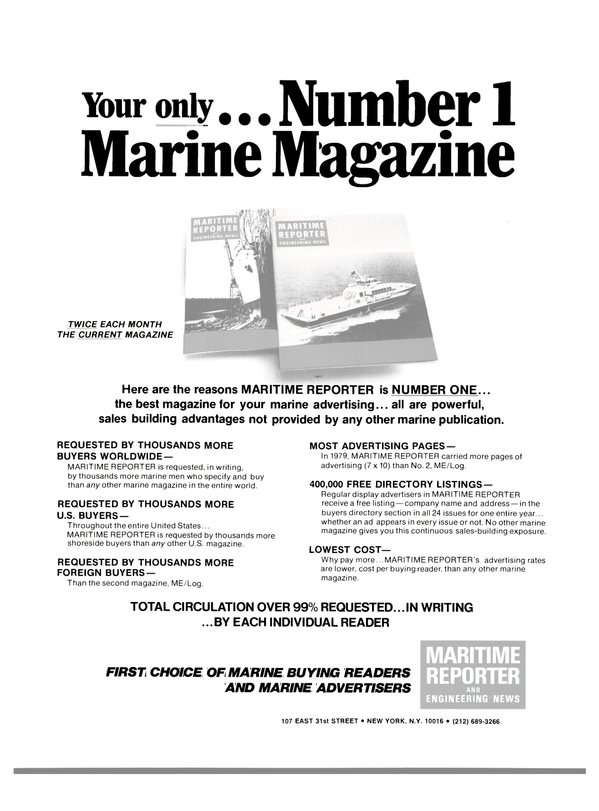 Read Paceco Awards Contract - P a r t Of $26-Million Expansion At Gulfport in Pdf, Flash or Html5 edition of May 1980 Maritime Reporter