Prior contracts were awarded for integration of the first 12 systems which are now entering service with the U.S.

Sperry will integrate and test the combat systems at its Combat System Test Center in Ronkonkoma, N.Y., and then deliver the systems to the shipyards which are building the frigates. The three shipyards are Bath Iron Works in Maine, Todd Pacific S h i p y a r d s Corporation, Seattle, Wash., and Todd Shipyards, Los Angeles, Calif.

The combat system Test Center, where the current systems will be integrated and will receive checkout, was originally designed and built by Sperry for the Navy as an engineering aid.

The center includes a full-scale operating replica of the FFG-7 Class combat system, including the Combat Information Center (CIC). It was used to verify the initial design of the CIC and to find and correct any problems prior to the construction of the lead ship, the USS Oliver Hazard Perry (FFG-7). Sperry developed a capability to simulate different tactical situations that could exist under varying conditions. 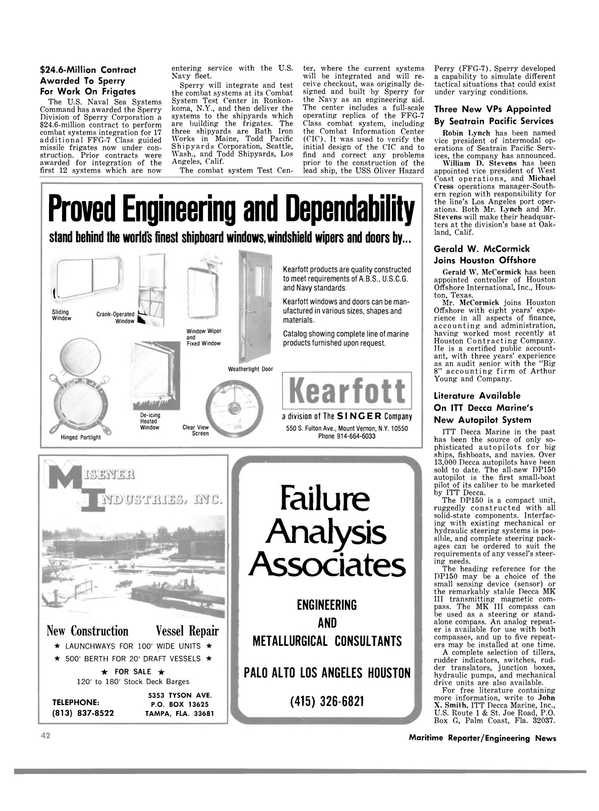