Designers & Planners, Inc., was purchased recently by Seatech Industries, Inc. from Todd Shipyards Corporation. The new Board of Directors of the firm has named Feridun K. Serim, Wolfgang Reuter, and Monroe Levy as the new senior controlling officers.

Mr. Serim becomes president and Mr. Reuter executive vice president; Mr. Levy, one of the original founders of D&P in 1953, continues on as vice president in charge of the Galveston operations.

John A. Malagraph has been named corporate treasurer, and William Mancini was promoted to the position of technical director of New York operations. Wallace Hogan continues in the capacity of assistant vice president, and will assist Mr. Levy in the operations of the Galveston office.

Roth Mr. Serim and Mr. Reuter will operate out of the D&P office in Arlington, Va.

Until his recent appointment at D&P, Mr.

Mr. Malagraph joined D&P in 1969 as chief accountant. In 1975 he was promoted to assistant treasurer of the firm. Prior to joining D&P, Mr. Malagraph was controller and office manager, from 1966 to 1969, for the DeLong Corporation. 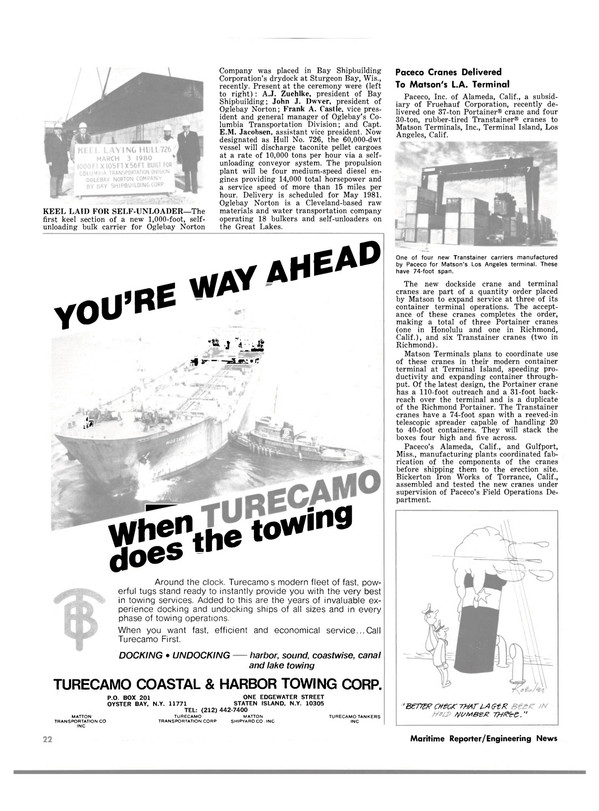