Bailey Controls has formed a Marine Market Group that will concentrate on worldwide sales of process control systems and related equipment for use on marine vessels and offshore drilling platforms. The new group, based at the Bailey corporate headquarters in the Cleveland suburb of Wickliffe, Ohio, serves the global market through a network of domestic and overseas sales offices.

The market for semisubmersible drilling rigs and construction vessels alone is estimated at nearly $300 million over the next five years, according to John Glowe, group manager. In addressing this market, Bailey will feature its highly successful microprocessor-based Network 90® system. The system has proven itself in a broad range of applications including the operation of compressor, pump and other offshore drilling rig equipment, and has been readily accepted by the marine industry to perform complex ballast control functions as well as provide propulsion control on vessels and platforms. Network 90 is the only integrated digital control system to be approved under the American Bureau of Shipping Type Equipment Approval Program.

Bailey Controls is a division of Babcock & Wilcox, and a leading worldwide supplier of instrumentation, controls, and computer systems for power generation, process automation and energy management in the petrochemical, electric utility and process industries. Babcock & Wilcox is a major operating unit of McDermott Incorporated, a subsidiary of McDermott International, Inc. 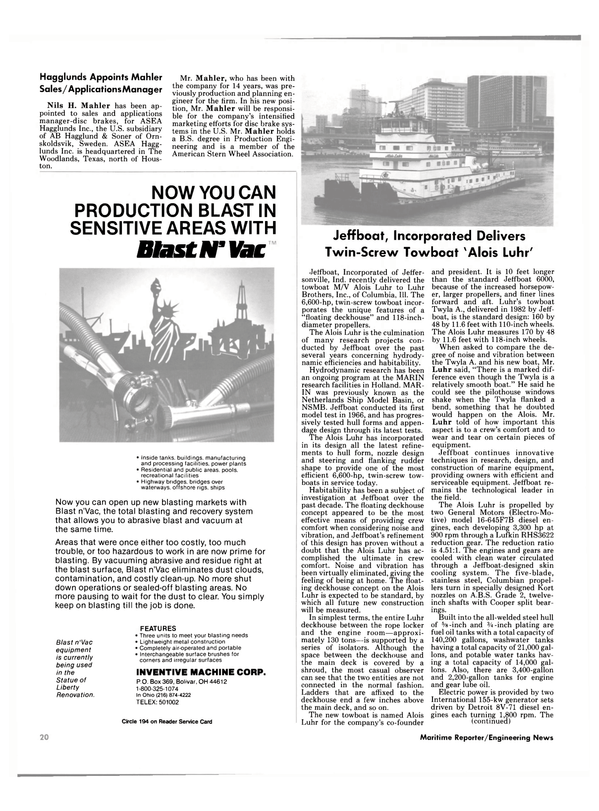