Ron Stevens, president of Pennsylvania Shipbuilding Company, recently announced that the USNS Denebola was officially delivered to the U.S. Navy on October 10, 21 days ahead of schedule.

At an informal meeting with employees to announce the early delivery, Mr. Stevens told the workers that they delivered a "fine ship to a pleased customer." Accepting the ship on behalf of the U.S. Navy, Capt. Martin Staiger, Supervisor of Shipbuilding, Conversion, and Repair, Portsmouth, stated in his remarks to the employees that he had "seen what you have done down on the deckplates and I am impressed." He also stated that during her sea trials, the Denebola operated, handled, and looked "militarily smart." He went on to say that he looked forward to receiving more quality built ships from Penn Ship in the future. He saluted the workers and management and closed by saying that he was "indeed a pleased customer." The delivery of the Denebola marks the completion of a two-ship contract awarded to Penn Ship in 1982.

The 946-foot Fast Supply Ship will be operated by the Military Sealift Command and based in Bayonne, N.J.

Pennsylvania Shipbuilding Company of Chester, Pa., is one of the USA's largest and most versatile shipyards, engaged in the construction, conversion, overhaul, and repair of all types and sizes of naval and commercial vessels. The company is a wholly owned subsidiary of Capital Marine Corporation. 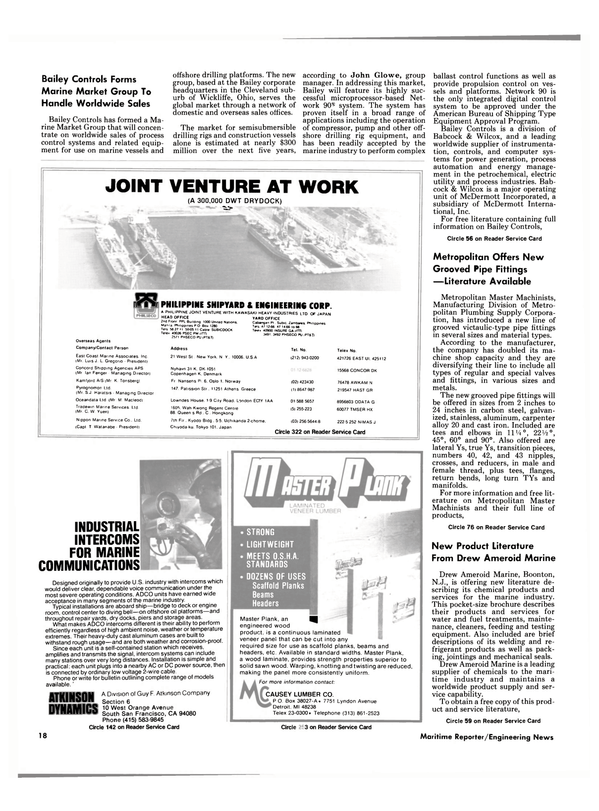