Bethlehem Steel Corporation's Sparrows Point shipyard near Baltimore has announced that it will begin work soon on the construction of two oceanographic survey ships (T-AGS) for the U.S. Navy. The recently awarded contract has a value of approximately $130 million for both vessels.

The project will start in early 1986 and build up to a work force level of 1,100 by the latter part of the year, continuing at that level through the third quarter of 1987.

The T-AGS ships were designed by the Sparrows Point yard's engineering department and M. Rosenblatt & Son, Inc., naval architects and marine engineers headquartered in New York City. Each ship will have an overall length of 499 feet, beam of 72 feet, and depth of 51 feet.

Delivery of the first ship will be in 30 months, with the second following four months later. 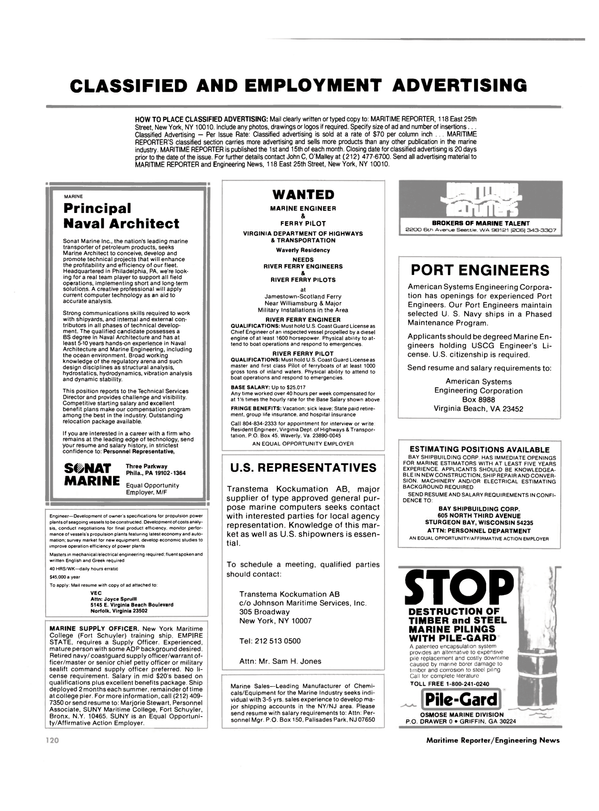