Literature Available Two major European engine manufacturers, KHD, Klockner-Humboldt- Deutz AG of Cologne, and MWM, Motoren-Werke Mannheim AG of Mannheim, have merged to form Deutz/MWM. The new diesel engine group will offer one of the broadest power ranges of engines in the world.

This merger brings together two leading engine builders with a total of more than 230 years' experience, as well as a combined reputation for quality, durability and service excellence.

The KHD Group engine division will be restructured with all activities concerning the water-cooled engine business being combined at MWM AG in Mannheim. KHD will relocate its medium-sized and big engine activities in development, sales and parts manufacturing to Mannheim in combination with the engine program of MWM. The medium- sized and big engines built in Mannheim and Cologne will be manufactured under the trade name Deutz/MWM.

The formation of Deutz/MWM will offer an expanded range of marine and stationary prime movers, in propulsion and electric power generation, to both North America and the world market.

The North American headquar- ters of the new company is located in Montreal, Canada, with a division based in Atlanta, Ga.

For further information and free literature on the new company and the products they offer, Circle 12 on Reader Service Card 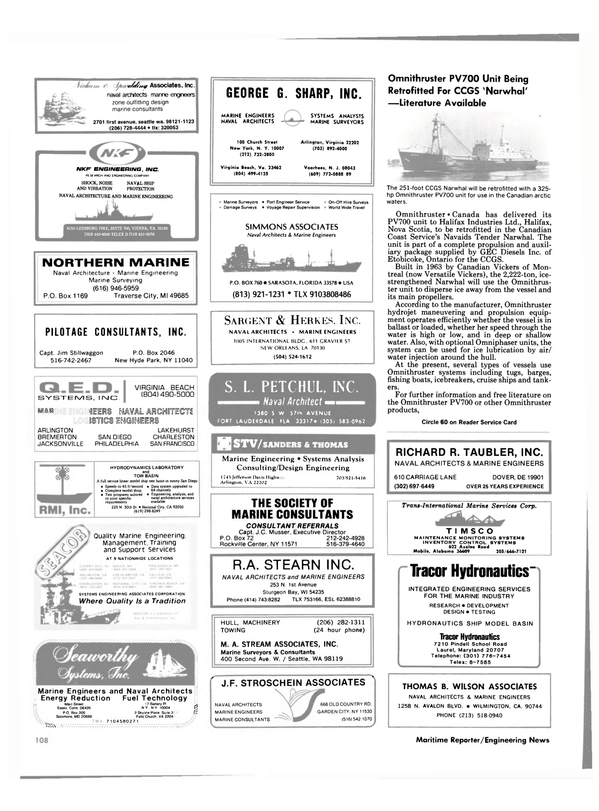