Envirovac Systems, Rockford, 111., was recently awarded an initial contract to begin the renovation of toilet systems on 12 high-endurance cutters as part of a major rehabilitation and modernization project by the U.S. Coast Guard. Todd Pacific Shipyards Corporation, Seattle, Wash., who will handle eight of the cutters on the West Coast, and Bath Iron Works, Bath, Maine, who will handle four cutters on the East Coast, are both involved in the project.

The work is scheduled to begin this month and extend over a period of three years. 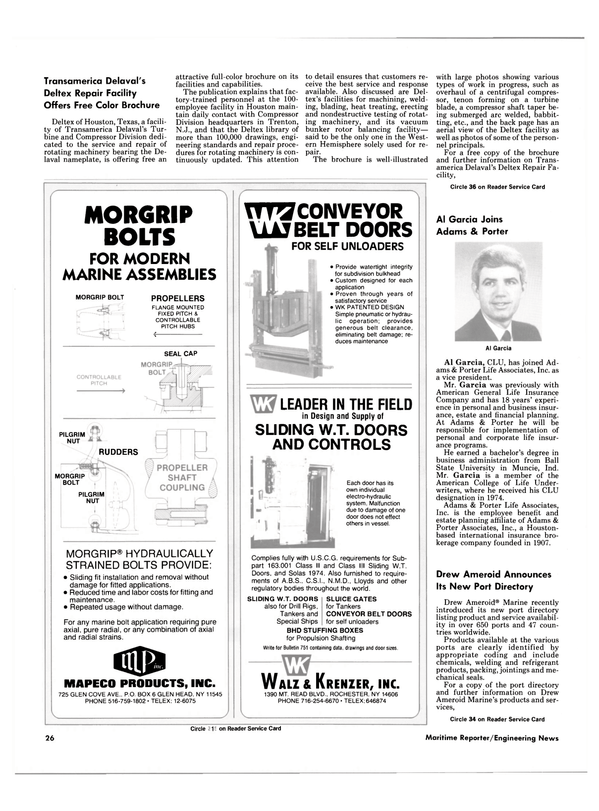