Peter McMullen, president of the Perth Amboy Dry Dock Company (P.A.D.D. Co.), has announced that the company has placed a new drydock into service as the first step in a shipyard improvement program to provide better service for commercial and government ship repair customers.

Mr. McMullen, who succeeded Alfred Brugeman after his resignation, stated that the company, which his family has owned since 1971, is prepared to make further committments to the future. He announced that Donald F. Nurge, formerly of Coastal DryDock Co., has been named vice president and general manager, and Joseph E.

Eckhart, formerly of Jackson Engineering, is now vice president of estimating/marketing. The two men will join William T. Harth, vice president of finance, who has been with P.A.D.D. Co. since 1948, to form a three-man executive committee.

The committee will have overall responsibility to Mr.

McMullen on day-to-day activity at the shipyard. 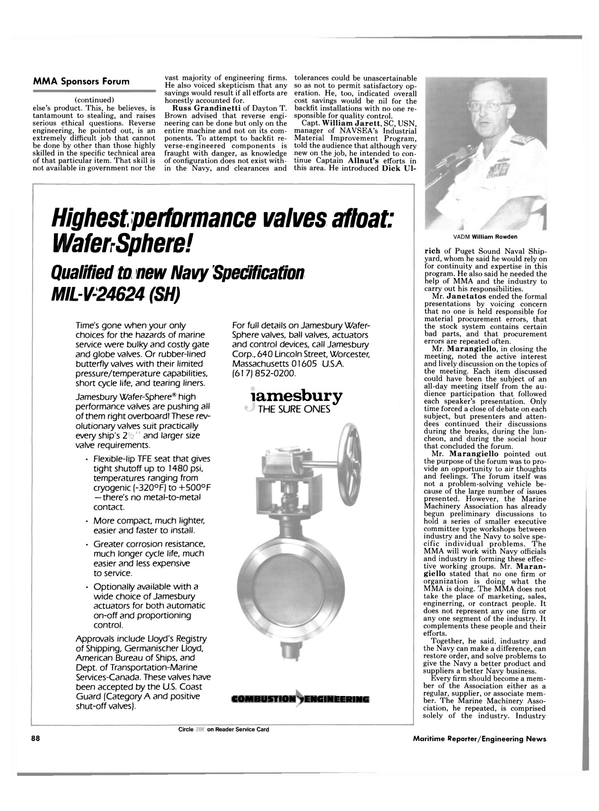