Using satellite signals only, Oceaneering International, Inc. of Houston has accurately positioned the Doo-Sung, a semi-submersible drilling rig on contract to Exxon in Alaska's Navarin Basin. This is said to be the first time a rig has been positioned without the use of landbased or acoustic positioning systems.

In June this year Oceaneering's chief surveyor, Eric Swinney, positioned the rig using the Magnavox T-Set, one of the first commercial units to track satellite signals emitted from the U.S. Global Positioning System (GPS). Signals from the six operational GPS satellites now in orbit, along with signals from the TRANSIT satellite system, were used to provide the data needed for accurate positioning.

The satellite tracking unit, about the size of a personal computer, is operated directly from the rig, eliminating the need for costly shore stations and acoustic arrays. The unit enables Oceaneering's surveyors to monitor satellite signals and the rig's position, speed, and course anywhere in the world. The entire satellite constellation has not yet been fully deployed, but when complete, the GPS will provide 24-hour coverage in all weather, with four satellites present in any given celestial hemisphere at all times. 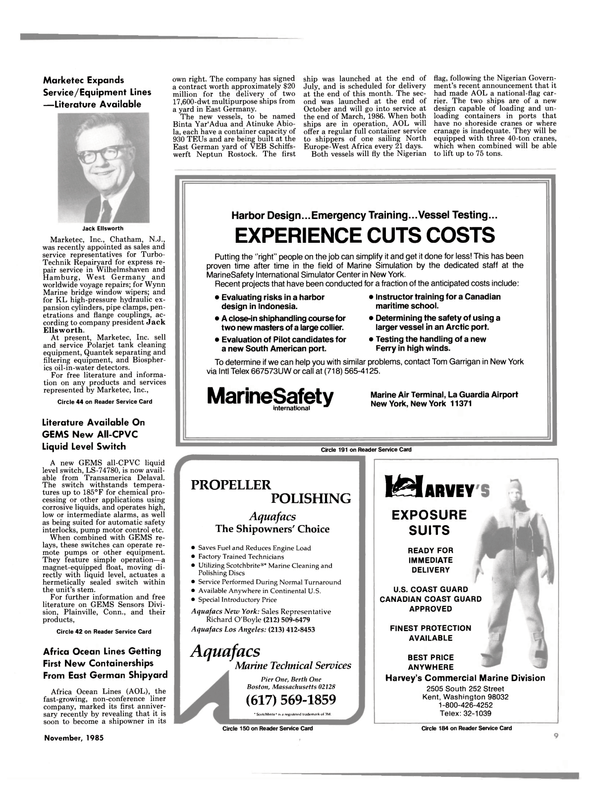